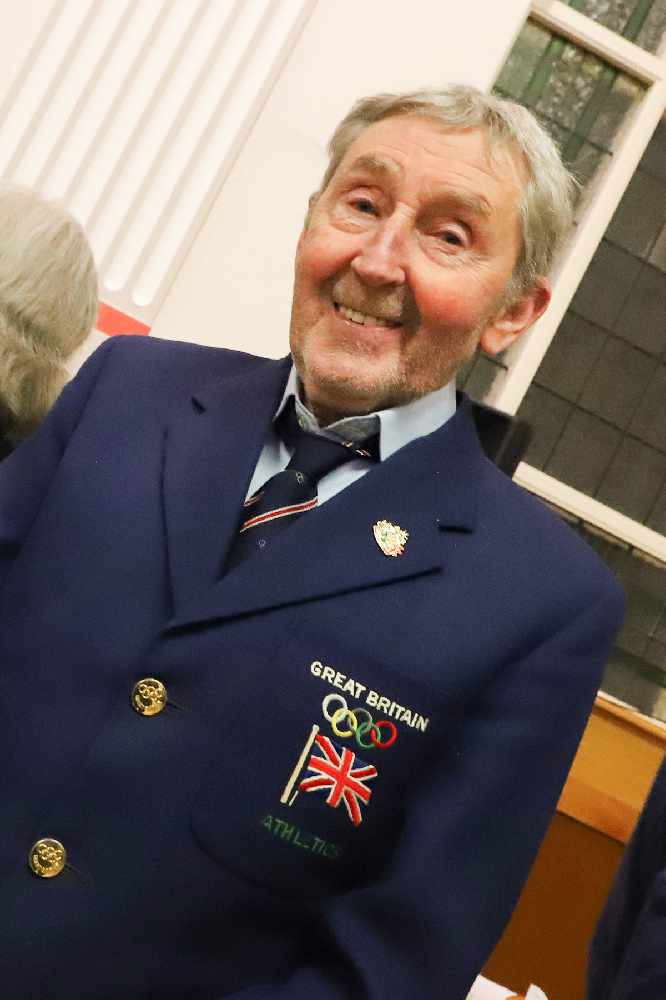 Ron at a special ceremony in 2019 in which he was made a Freeman of the Borough of Tameside.

The sad news of Ron’s passing, at the age of 82 following ill health, was announced on May 23 by his sportswear company.

To give everyone a chance to say goodbye to Ron and pay tribute to his achievements, residents are invited to line the cortege route while respecting social distancing guidelines.

The cortege will start from Ron’s home on Joel Lane in Gee Cross at 2.50pm, although people are kindly asked not to congregate there to avoid congestion.

Along the route the hearse will stop at Dukinfield Town Hall, where civic dignitaries will be present, at 3.35pm for around 10 minutes. In December 2019, Ron was named a Freeman of the Borough of Tameside at a special ceremony at the town hall.

There will be a minute's silence at 3.45pm and the Civic Mayor of Tameside, Councillor Janet Cooper, is inviting Tameside residents to take part.

The Civic Mayor said: “Ron Hill brought great credit to Tameside, where he lived for more than 50 years. It was in recognition of this fact that he was invested as a freeman of the borough in December, 2019.

“I’m sure residents would wish to join me in paying their respects to this most remarkable man when I take part in the minute’s silence in his memory. If you want to, please join in, and in any way you see fit, but please remember to observe safety rules.”

The cortege will then proceed to Dukinfield Crematorium for 4pm. 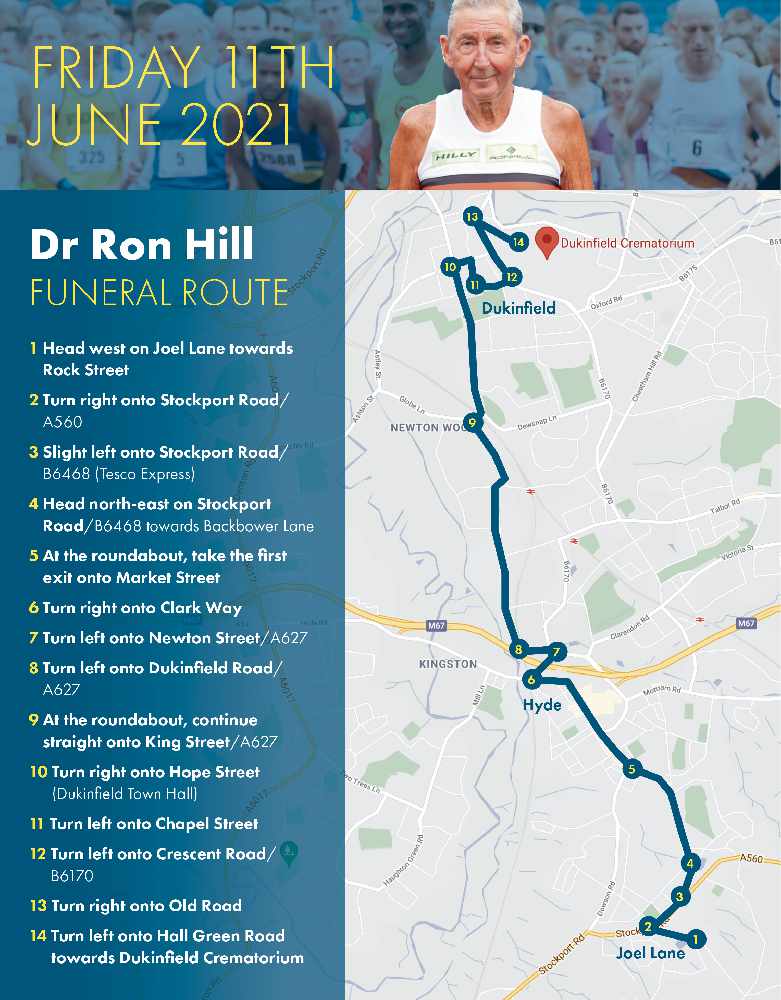 The route the hearse will take

As per current coronavirus restrictions, only 20 people will be allowed at the crematorium.

The family request no flowers but instead donations to charities connected with research into Alzheimer’s or dementia.

Ron broke world records at four different distances and represented Great Britain in the marathon at three Olympics - Tokyo in 1964, Mexico in 1968 and Munich in 1972.

The event ran until 2000 and was relaunched in a modified format in 2015. After being cancelled due to Covid last year, it will return for its 40th anniversary this year.

Ron leaves his wife, two sons and a grandaughter.

The family would like to thank everyone for all of the wonderful messages of support they have received following Ron’s passing.