15-year-old arrested after police find him carrying this knife 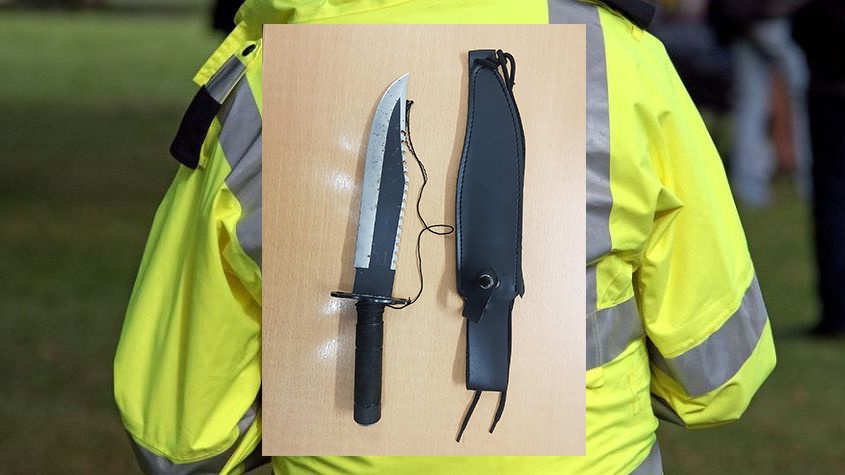 When they got to the scene they found the suspect matching the description and chased him down as he fled on a push bike.

After catching him the searched him and unearthed the knife which had been tucked down his trousers. The bike he had been riding was also reported as stolen.