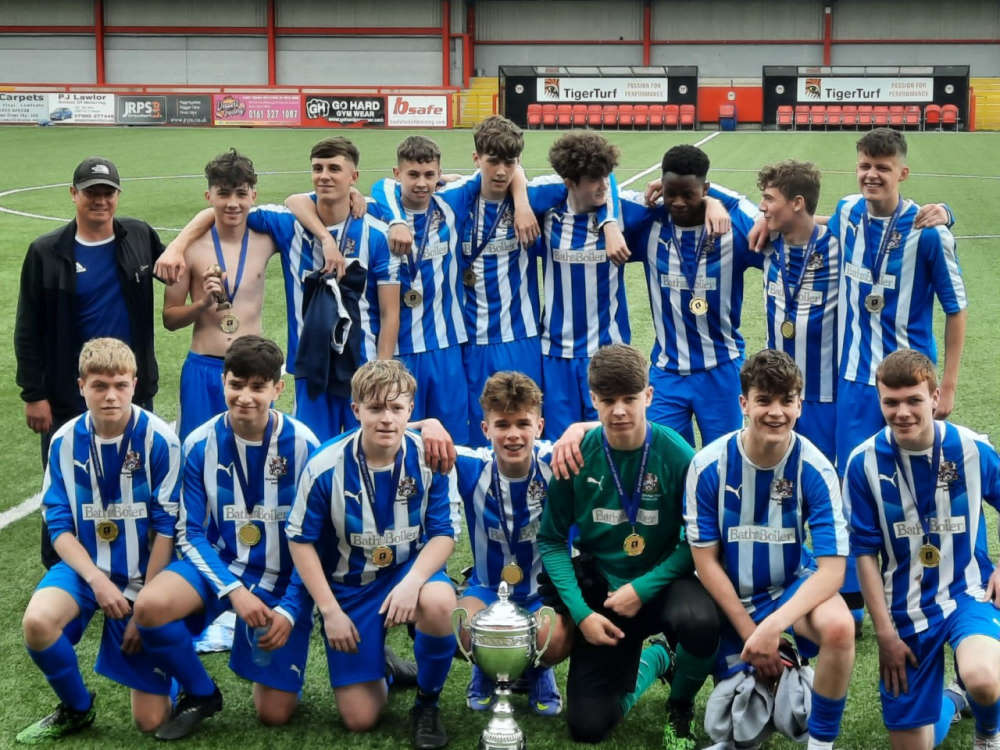 The squad, which competes in the East Manchester Junior League, stormed to the title after winning 17, drawing one and losing two of their 20 fixtures this season.

Stalybridge, who finished the season with a total of 52 points, also scooped the league cup after beating Abbey Hey 2-0. in the final, at Hyde United’s Project Solar Stadium.

The club’s training kit and away kit are sponsored by Peak Active sport, based in Glossop, which provides local schools, youth organisations, councils and most importantly young people with quality, reliable and professional coaching.

Mark Jennings, co founder, said he was delighted with the squads success, whilst adding: “We are very proud to be supporting a fantastic club with great support from the team’s families.

In related news, the first team will travel to Wincham Park to face Witton Albion in pre-season on Saturday 16th July (15:00).

The Cheshire based side faced Celtic twice last season, with Celtic winning 2-0 at Wincham Park via goals from Stephen Brogan and Justin Johnson.