In her latest Women in Sport column, Katie Catherall speaks to Tameside Volleyball Club's Hannah Monks about her success in the sport at various levels.

An incredible team game that lacks popularity here in the UK is Volleyball. Being a game that is often played in the scorching sun by a spotless beach, it is seen a little differently here in England.

Nevertheless, outstanding talent in this sport is still very much found within British teams, something which Hannah Monks is proud to represent.

As a child Hannah’s mother would play for teams in London, leaving her and her sister in awe of the spectacular game that they would have the privilege to spectate. She began playing at Tameside Volleyball club at age eight and has never looked back.

Alongside her life in Volleyball, Hannah has played her part in cross country, football and cricket to name a few. She says if there was a sporting event she was always ‘the first’ to sign up. Taking up the role of Sports Captain in her last two years of school, she was always interested in the running of events as well as the participation. 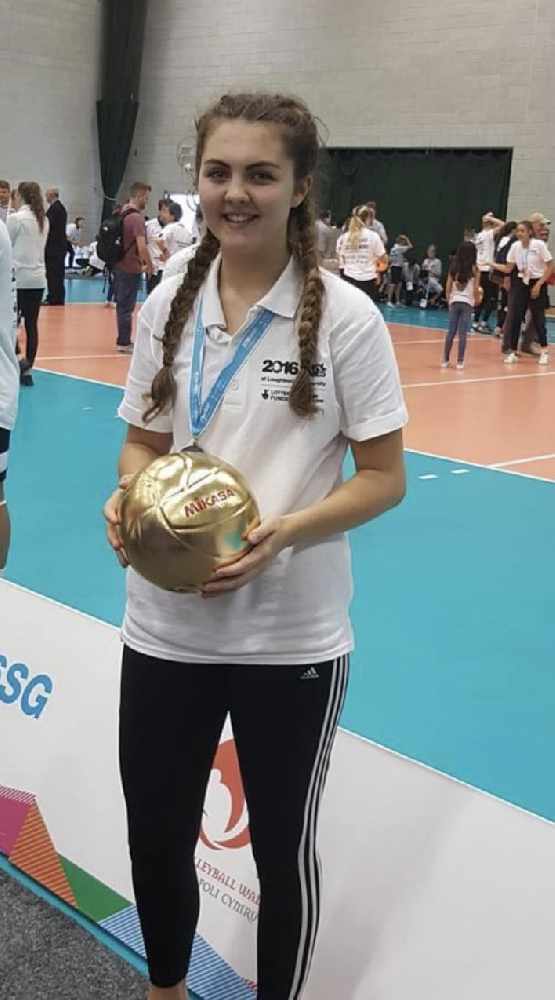 At age 10, Hannah was deep into her fondness of football and played as a goalkeeper. During this time, she was scouted by Crewe Alexander FC but found herself in a predicament over whether to fulfil this path or continue with her Volleyball roots. ‘I would love to have continued with other sports but volleyball consumed a lot of my time’.

Tameside Volleyball Club has been a great support network for Hannah and in the last two years, after finishing her junior career, she has been coaching at the club. She added: “I now play and captain the women’s NVL team as well as being assistant coach for the junior teams”.

Her biggest achievement to date is representing the England Junior women U17’s in the UK games. Here she was awarded a ‘super seven golden ball’ meaning out of all the teams she was nominated as a ‘super seven’ for her playing position by the other teams and players.

She says, ‘even if I hadn’t won this award, the fact I was able to represent England is still a massive achievement. The whole experience is amazing, from the training camps, to the opening ceremony and the athlete’s village, it was like a mini-Olympics’.

But the road hasn’t always been plain sailing for Hannah. In 2016, she had to undergo surgery on her skull, meaning she had to take three months out of her sporting life for recovery. Always being one to support her fellow team mates, she made sure her surgery and recovery time was scheduled around her U18 National Championships that year.

She says she found great difficulty in sitting on the side lines and watch her team play knowing there was no way she could get involved. ‘In the April I then played in the national final which we unfortunately lost and I think at the time I blamed myself for not being at full fitness. I had to remind myself that I had just had major surgery and to come second in the whole of England was still impressive’.

With a lack of clubs, especially in the North of England, ‘6v6 indoor women’s volleyball is a hard sport to get into’ says Hannah. The sport is ‘massively underfunded in England and opportunities for progression are hard. A lot of teams and players will be self-funded which is difficult to maintain’.

‘I’m lucky that my parents have always supported me but I think that is a reason why a lot of people struggle to continue within the sport as it is quite a financial burden. I used to get asked if I got paid to play for England, when in fact I had to pay to play’.

Hannah hopes that she can encourage just one person to bite the bullet and join a club. Tameside VC is always open for new people to join, from beginners to experienced players, even just for fun.