Wild: Our away form must improve 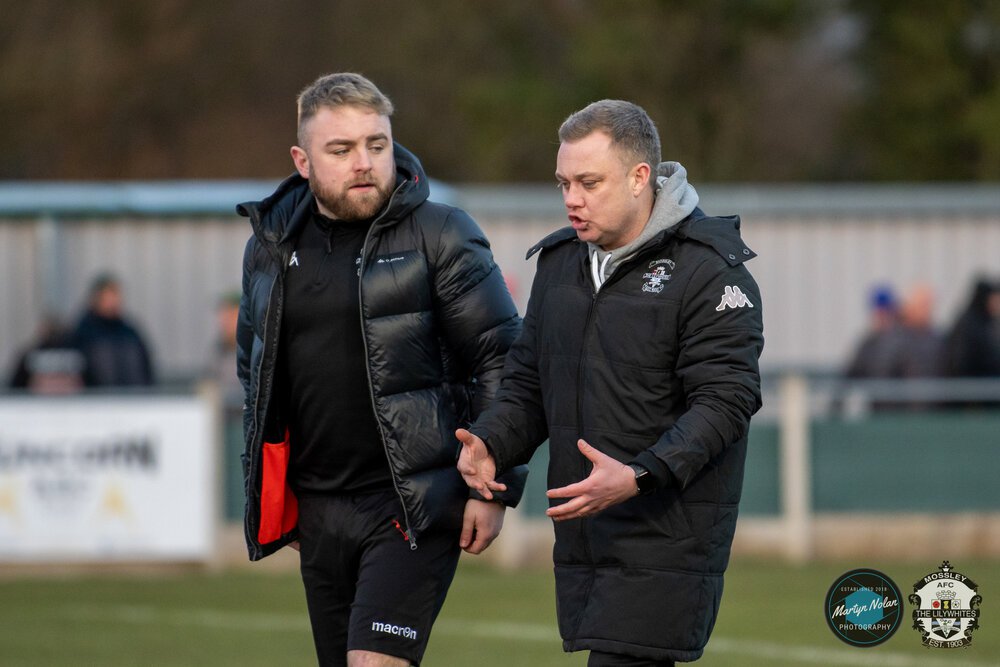 Mossley AFC boss Dave Wild feels his side must get better on their travels and is keen to put things right after Saturday's 2-1 defeat at Runcorn Linnets.

The Lilywhites took the lead just before half-time at The Millbank Linnets Stadium through Ryan Brooke, but a close-range effort from Tom Owens and a penalty from Louis Corrigan turned it around for the hosts in the first part of the second half.

It was one of Mossley's better displays this season and they were unfortunate to come away with nothing. However, they couldn't prevent a fifth successive away defeat, in which they have conceded 18 goals in total.

It's a run which Wild (pictured right) is keen to address, while he also picked out two players who did well in particular at the weekend and praised the club's fans.

"We have to improve our away form, there's no hiding from that but we can take positives out of the game," he told Mossley's media team. "We controlled the first half, and large parts of the second half.

"I thought Dylan Fitzgerald was excellent. He put his body on the line. He has waited patiently for his opportunity and took it. I'm really proud of him. Mark Lees was superb again in the middle of the park. I can take losing if we played like that, with fight and spirit.

"The support was incredible again, I've just been clapped off the pitch by fans singing Dave Wild's Black and White army. I'm looking forward to getting back on the training ground and putting this right."