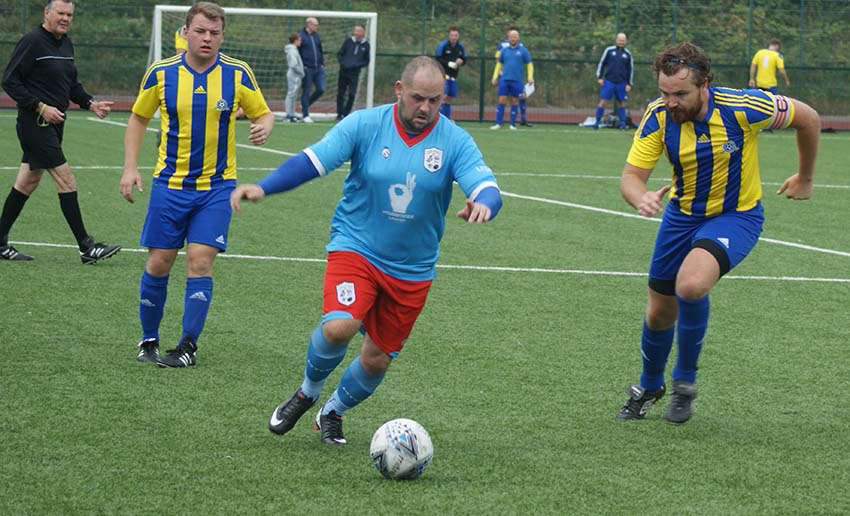 The Lancashire and Cheshire AFL extended their action to five divisions as well as the Cheshire Amateur Cup and there were goals galore on an exciting day.

The goal fest was led by the Premier division games with Milton continuing their unblemished start to the season as their third successive win took them five points clear of their nearest rivals but they had to work hard for a 3-2 win at Manchester Polonia.

Their nearest challengers are Moston Brook, on their return to the top flight, as they chalked up one of their biggest-ever wins in the Premier division as their vibrant new-look young team were too hot for a depleted Abacus Media to handle in a comprehensive 8-1 victory.

Stretford Paddock were also in great scoring form as they posted their first win in the top flight in emphatic style by despatching North Walkden 6-2.

Salford Vics opened their season with a comfortable 5-2 win over AFC Oldham as they dominated the game from start to finish with the goals flowing from Matty Bailey (two), Josh Lawman, Jono Hayes and Mikey Lawler.

It’s tighter at the top of division one with just a point separating the top three teams.

Irlam Tigers lead the way on goal difference and they looked to be on their way to an emphatic win as a hat-trick from George Bell roared them into a 3-0 lead over Signol Athletic.

But Signol showed great powers of recovery as they hit back with goals from T Lee, K Egerton and I May to share the spoils.

Chadderton Cott are level on points with the Tigers after winning a thrilling local derby with Shaw Athletic by the odd goal in seven.

Old Stretfordians continued their solid start with an emphatic 6-3 win at Bury Ams to keep in close contact with the top two.

Didsbury opened their season with a 4-2 win over Signol OB and Hadfield Athletic also began well with a 3-1 win at Trafford United.

Action began in division two and it looks as if their division will be full of drama with some new teams looking to make an impression.

Eccles United were one of them and they showed their intent as they opened the scoring at Stretford Paddock reserves with a goal on two minutes from Mason Dickson to settle their nerves as they went on to win 4-0.

Milltown were making their debut and they stormed into an early 4-1 lead over Newton with braces from Anthony Morris and Jake Williams.

They then took their foot off the accelerator and Newton reduced the arrears after the break before a late goal from Williams, to complete his hat-trick, sealed the Milltown victory.

Baguley Athletic also made their league debut with a close 3-2 win at Irlam Tiger Rangers.

League stalwarts Bedians and South Manchester enjoyed a local derby with South winning 5-2 and the other game in the division had Mellor seconds winning 4-1 at Wythenshawe Wanderers.

The opening games in division three had Radclyffe in hot form with the biggest win of the day by 9-0 at Elton Lib Hargreaves and Village Manchester were also in scoring mode with a 7-2 win over Woodhouses.

It was closer in the other games with Chadderton Park sharing six goals with Hooley Bridge Celtic and Abacus Media reserves won 2-0 hosting Salford Albion.

The final league action came in division A with three of the teams going nap.

Salford Vics reserves made it a double for the club as they beat Kartel 2-1 in a tight game.

Kartel were dominated for the first 30 minutes but scored on their first real attack.

Vics drew level with a far-post header from James Grantham as he was totally unmarked and the winner came late in the second half from Mason Pickard.

Milton Firgrovia picked up a point on their league debut in a 1-1 deadlock with another new team Woodsend.

Salford Storm won 3-2 in a local derby with North Walkden reserves and AFC Oldham reserves completed the league action with a useful 5-2 win at Milton reserves.

Not much joy in the first round of the Cheshire Amateur Cup as there were early exits for Hattersley by 2-0 at Poulton Vics, Sale Ams by 5-1 at home to Bollington United, Stoconians by 7-0 hosting Winnington Avenue and AFC Stockport by 8-0 at home to Knutsford.