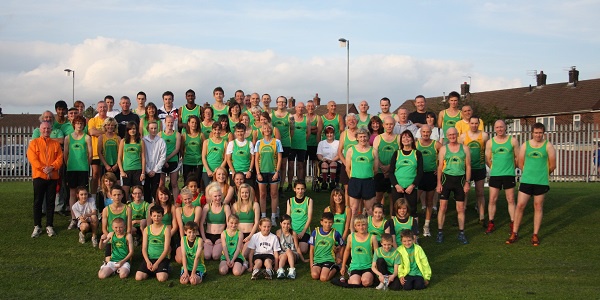 Here's what happened at East Cheshire Harriers over the weekend.

Due to injury the under 15 boys' team was incomplete but Lewis Brown 7.45 and Sam Rowell 9.32 both did well.

A small band of East Cheshire runners braved the wintry conditions and many hills to compete in the Mill Town to Moors Oldham Half Marathon with Jonathon Aust leading the way with an excellent time of one hour twenty seven minutes and 7th place overall. Tracy Gibson and Andrea Edwards had excellent runs with 1.49.58 and 1.55.29 respectively. Barbara Dickinson,Guy Whitfield and Andrea Maidment all finished in 2.08.