Wayne Salkeld: "We're 100 per cent behind Mark and want him to succeed" 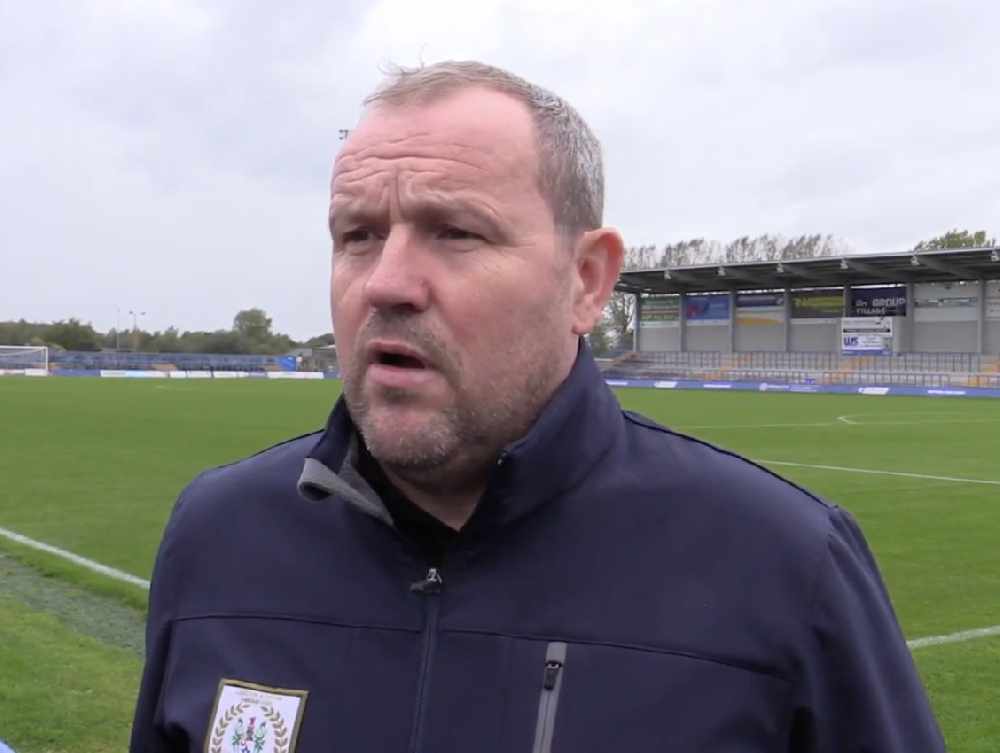 The support comes in the wake of a six-game losing run in the National League North, as well as exits from the Manchester Premier Cup and the FA Cup.

The Nash enjoyed a promising start to the season and claimed two victories and two draws from their opening four league fixtures, but they have since failed to win in their following 12 games and some supporters have questioned Bradshaw’s future.

However, Wayne has moved to silence the critics and has backed Bradshaw publicly. Speaking to Reporter Sport at the Tameside Stadium, Wayne said: “We had a good start to the season but have gone through a blip recently.

“We’ve had a number of players injured, which hasn’t helped the situation, but we’re not here to make excuses. - we’re going to get behind the manager.

“What you’ll find at this club is, our manager is probably one of the hardest working managers in the league, in terms of bringing in the right players for the football club. We built a brand new squad over summer and some of those players haven’t taken to the league. We’re 100 per cent behind Mark and want him to succeed.”

In a bid to develop his own brand of football, Bradshaw made wholesale changes to the squad over summer and retained a handful of players from the previous era under John Flanagan.

Despite the strength of the squad on paper, performances haven’t been up to scratch and Wayne, who took on the chairman role over summer, believes some of the players need to up their game. “I think some of the players who have joined the club don’t understand our ethos, in terms of being in it altogether. We have a togetherness which has been developed over a number of years. We can all blame the manager, but at the end of the day it’s down to the players to make it happen.

“We’ve got full trust in Mark. We can’t panic as it’s only October. We have to think about the future of the club. We’re not a sacking club. Mark has been here 15 years with the youth section, and we believe he deserves his chance in the first team. I can tell you now, there is nobody as hard working as Mark.”

Following promotion to the National League North in 2015, Curzon have established themselves a step six club and are no longer considered guests at the dinner table.

That said, with the strength and size of other clubs in the division, including runaway leaders York City, Wayne feels perspective is needed. He said:  “The club is punching above its weight, but we’ve also got to keep going and make sure that we stay in this division”.

“As a board we will hopefully make that happen, but it’s down to the players to turn it around.”

In recent years the club has prided itself on its burgeoning youth section. Bradshaw played a major role in the club’s development and will be encouraged to see its further growth.

In particular, the Under 18s have enjoyed a great start to the season, which includes an FA Cup campaign that continues at Guiseley tonight.

Wayne believes the foundations are being laid for a bright future at the Tameside Stadium. “We’ve got a lot of young lads coming through the system, and hopefully a number of these will progress to the first team in the future. We want to create a pathway for them to reach the first team.”

The Nash are without a league fixture this weekend but return to action on the 26th at home to Kettering Town. Wayne had the following message for supporters as the club looks for its first win in 12. “Get behind us.

“It’s alright when we have the glory but people have got to support when we’re going through the difficult times as well. I think with a club of our size, people get disgruntled with the results but they’ve got to remember that we’re the top side in Tameside. Instead of giving it out on the terraces, we want them to get behind Mark and the team.”