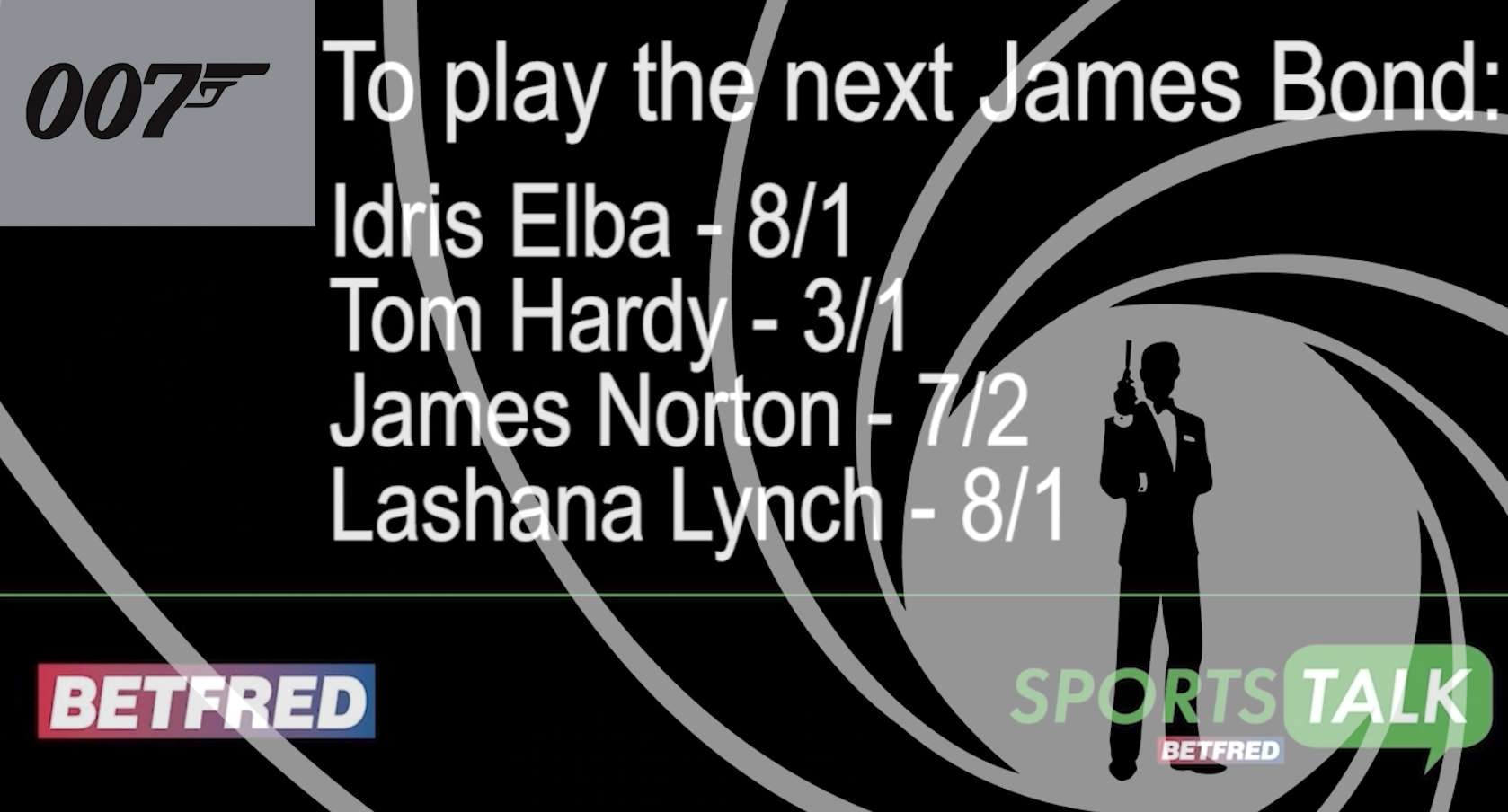 Who would you like to see play the new James Bond? Tom Hardy is currently the favourite at Betfred, however most money is being lumped on Lashana Lynch to become the first female 007.

As usual, Mark and Peter go through a number of markets in various sports, including the Premier League fixtures this weekend, the Super League semi-final between St Helens and Leeds Rhinos (tonight), and they also reflect on one lucky punter scooped a big prize thanks to Sheriff Tiraspol beating Real Madrid in the Champions League.