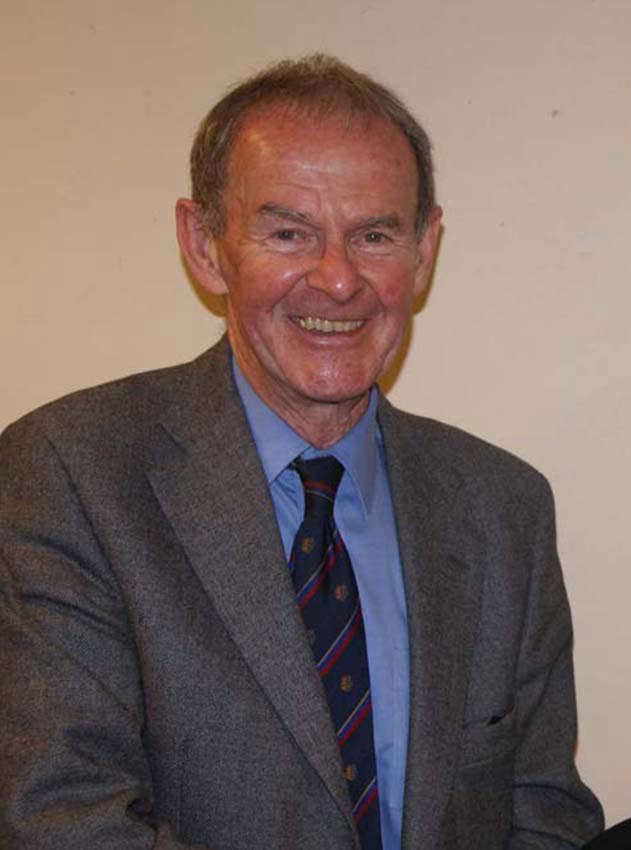 In a statement surrounding the tragic news, the L&CAFC said:

John’s contribution to the league, its reputation and what it has become today cannot be measured and is “unlikely to ever be surpassed.” The outpouring of love and affection since news of his passing confirms as much, with messages from committee members, football clubs, the Lancashire Amateur League (LAL) and Manchester FA emphasising the regard he was held in.

He has been described as “influential,” “dedicated,” “a gentleman,” “mentor,” “a special man,” a man for whom respect came naturally, from people who enjoyed his company, passion and love for the game and the advancement of the L & C and grassroots football.

His knowledge of our league was unrivalled and he penned the most significant piece of history that exists about the L & C – a comprehensive history of our first 100 years.

It is typical of John’s nature that, in more than 250 pages, he only recounts his own time in the L & C in less than a page, not even detailing his time as League Secretary, instead thanking his devoted wife Doreen, “who has shown great patience in accepting that football was part of our life together and I would not have been able to complete this book without her encouragement,” and also preferring to focus on his contemporaries and their contributions.

That says a great deal about the man, considering the L & C is a labour of love. His involvement in the league began in 1953 when he began playing for the Manchester Town Clerks and City Treasurers (Mantact) Football Club. During his time with the club as a player and administrator, Mantact enjoyed success by winning the 3rd Division, Division E, and Reserve B Division, as well as the Wray Cup.

John’s enduring passion for the league is remembered by his son Stephen, the L & C Referees Appointment Secretary, whose “first real memories” of football were his dad’s involvement in managing Mantact and being part of the L & C.

Stephen said: “Early memories were at Hough End where he organised everything, picking up players on the way to the game involving long detours, washing the kit, getting the oranges and cutting them into quarters for half-time, team talks and shouting from the touchline.

“He organised training at various venues and he also enjoyed a drink after training. To be honest, growing up for me, it was his passion.”

John progressed all the way through Mantact’s administration, onto refereeing, time as the Discipline Secretary, and membership of the League Management Committee.

Mantact’s resignation from the league meant a stint as Results Secretary, a time which Stephen fondly recalls involved “an answering machine that never stopped on Saturday evening with all clubs ringing in results, and he would leave a message with all the results on, so Sunday night the phone again would never stop, and my job was to take all the results to the post office to ensure they got to the newspapers on time.” It paints an accurate picture of a man who “lived for the league,” as his son eloquently described it.

In later years, John enjoyed a three-year spell as League Secretary, succeeded by current incumbent, Brian Davies. Brian is unequivocal about his predecessor’s influence, both on a personal and professional level, a man described as “the life and soul” of the L & C.

Brian said: “My first interaction with John was going to discipline meetings because the club I was with had discipline problems at the time so I used to have to go to John Howard. He was feared for his power as a disciplinarian but was always very fair and everybody came out of those meetings with a massive amount of respect. Everything was accepted because he was so good at it.

“The influence he had couldn’t be measured. John was a dedicated man of integrity and was the life and soul of the L & C for so long.”

During his time as Secretary, he pushed for greater automation and communication with the clubs. He was a major reason for the Full Time system of recording results, and the continuous lines of dialogue in the weekly updates.

Fiercely protective of grassroots football, John was a great advocate of the L & C vs LAL Interleague Trophy, and maintaining the relationship between the two leagues, along with the ongoing annual games, which have now reached 100 years. The two leagues have always been friendly and helped each other where possible. It is a mark of John’s influence here that the Interleague trophy is named after him, leaving a legacy that he can be proud of.

Peter Duffy of the LAL, described John as “iconic” with “limitless knowledge.”

He said: “On behalf of the LAL, please pass on my condolences to all of John’s family and friends.”

Colind Bridgford, Manchester FA CEO, added: “My thoughts and all at Manchester FA are with his friends and family, personally and within football.”

John’s loyalty to the league meant he not only safeguarded its traditions, but he also embraced change and was a representative for the league on a body that is committed to improving equality and diversity. Even during the Covid pandemic, he was looking to the future, keen to continue developing grassroots football and was responsible for the collation and publication of L &C match sheets as recently as the end of the 2020/21 season.

That is an association with the league of 68 years. It is why messages have arrived in their droves from football clubs far and wide, it is why Fixtures Secretary Malc Kershaw spoke of his “admiration for the man,” and the reason Geoff Garnett describes knowing John as “a pleasure.” It is why Keith Marsden, Registrations Secretary spoke of a “special man” that nobody had a negative word about, and why the likes of Spurley Hey, Stretford Paddock, Govan Athletic, and Chorltonians to name a few paid tribute by speaking warmly about a man who put so much time into the league and amateur football, who will be “a real loss,” who will be greatly missed, was pleasant, and was respected in ways that cannot be adequately put into words, as Dave Jameson of Spurley Hey said.

It is an incredible legacy to leave and whilst we will miss our dear friend immeasurably, we are eternally grateful for his contribution and his indelible mark on the L & C will always be remembered.

John passed away peacefully at Bury Hospice, surrounded by his loved ones and will be deeply missed by his wife Doreen, children Stephen and Helen, his five grandchildren and two great grandchildren.