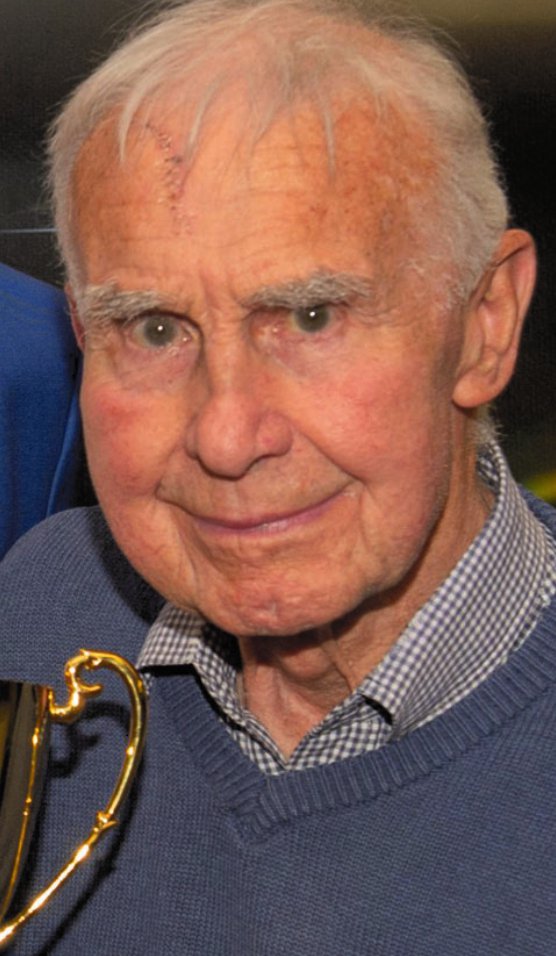 The oldest surviving Ace, Peter made his full debut for the club in 1955 and was a regular in the team for five years before retiring in 1959.

He took his first laps on the shale in 1951 at the Newton Heath training track and made a number of guest appearances for Belle Vue prior to his full-time debut.

He rode under influential promoter Johnnie Hoskins and starred alongside some of the club’s most legendary names, including Peter Craven.

He was also a part of the Belle Vue team in the mid ‘50s which was invited to go behind the iron curtain to Poland, where they entertained a crowd of 102,000 people in Warsaw.

His all-time average over the course of his time with the Aces was 4.94.

Following his retirement, Peter went into the family fruit and vegetable business with brother David, as well as purchasing properties to convert into flats.

These commitments kept him away from speedway for some time, until he returned to Hyde Road in 1985 as a spectator of his former sport.

He remained a loyal supporter of Belle Vue in his retirement, where he was made a life member and was a regular guest at the National Speedway Stadium.

His most recent visit for the club’s annual award night saw him personally present captain Max Fricke with the Ivan Mauger Excellence award.

All of the staff, riders and officials at Belle Vue Speedway send their thoughts and sincere condolences to Peter’s family at this difficult time.