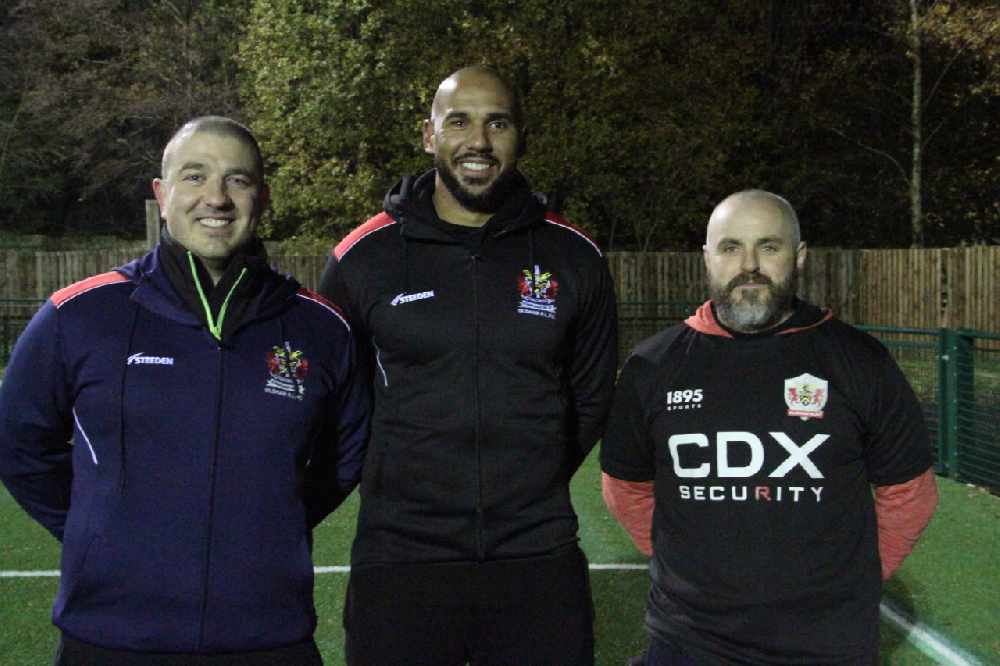 ​Tim Abeyie, a former British National Indoor sprint champion, has joined Oldham as strength and conditioning coach for the newly-promoted club's assault on the Championship in 2020.

Pictured in the middle of the above picture, he forms a three-man team behind the team, led by head coach Matt Diskin (left) and his assistant Brendan Sheridan.

Aged 37, and based in Leeds, he has worked in Germany as a personal trainer and also for Bradford Bulls, Halifax and Leeds Carnegie RUFC, now known as Yorkshire Carnegie.

He's on a one-year agreement at Oldham with a view, he says, to staying longer if Roughyeds stay up and successfully negotiate the huge leap from Betfred League 1 to the Betfred Championship at the first attempt.

While the highlight of his sprint career was becoming British Indoor champion at 60 metres and 200 metres  in 2006, he has also competed in the Commonwealth Games, the World Championships and the European and African Championships.