Thomas Is Right On Track For Big Things 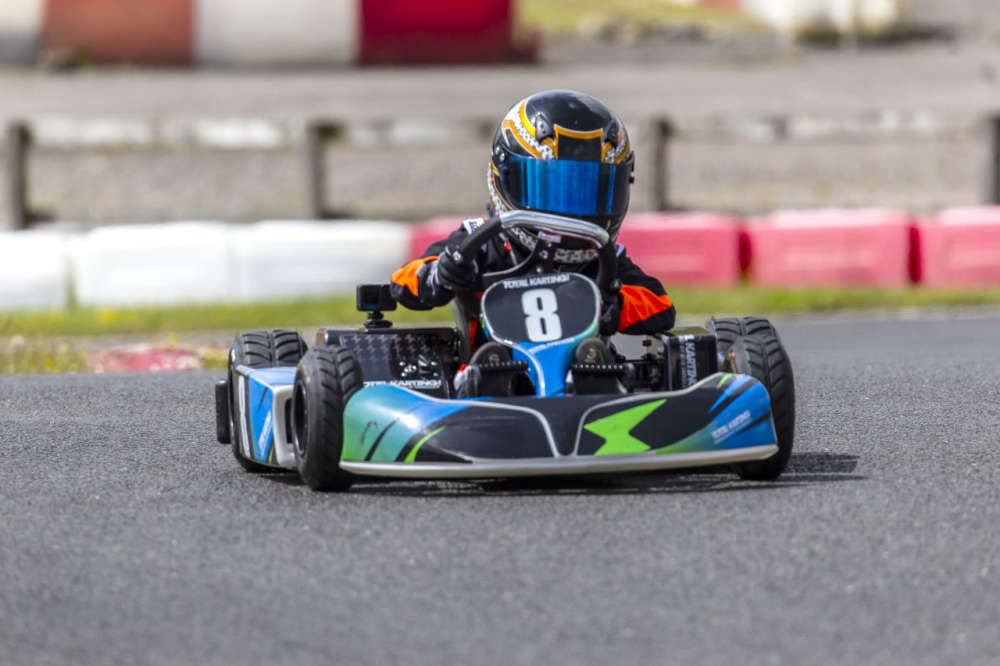 A young racer from Hyde is being tipped for great things after securing a great result at the Total Karting Zero Northern Championship.

Eight-year-old Thomas Rathbone, from Hyde, came away with a third-place finish at the event, held last weekend at the Rowrah track, Cumbria.

The youngster went into the round full of confidence after a win and two second place finishes in round one.

Rowrah was the place where Thomas won his maiden race last year, and conditions were unusually dry all weekend for this unique circuit as the Bambino class set about practice and qualifying on the Saturday.

Thomas showed great consistency throughout the day, with lap times improving with every session, and as the grip increased on the circuit, it helped him to qualify in second place for race one on Sunday.

The race soon arrived and Thomas started second on the grid behind championship leader Teddy.

Both competitors enjoyed a good start and the two pulled away from the rest of the pack and finished as they started with a first and second place finish.

Race two was a mirror of race one, but a determined Thomas didn’t want it to end the same way, and as the two came to the second hairpin on the opening lap Thomas had tucked himself into Teddy’s slipstream ready to make the pass on the exit.

However, the youngster persevered and kept his composure to secure a sixth place finish.

Disappointed from the last race Thomas now started third on the grid behind Teddy and Joshua, however that wasn’t the case for long as Thomas made an inside line pass on Joshua going into turn one and, once again, into the slipstream of the leading Teddy.

Ensuring not to repeat the result of race two, Thomas, this time, remained patient through lap one and the chase began through the rest of the laps, with all three lead cars separated by less than a second lap after lap - it was incredibly mature driving from a Bambino class with drivers aged between six and eight years old.

Thomas didn’t give Teddy any breathing space, and attempted to get a move done on Teddy and set his best lap time of the weekend by over a second as he looked for a way past the race leader.

Entering the final two minutes of the race, the leading pack caught a back-marker as they got onto the start and finish straight. Teddy was able to clear the back-marker before turn one, which meant Thomas had to get the job done going through the chicane, this not only compromised his line but also gave Joshua the opportunity to make a pass on Thomas. As a result, he dropped to third with little time left to recover. The race ended with Thomas on yet another podium in P3.

Although frustrated at what could so easily have been a race win had the timings of the back-marker fallen so differently, it was yet another great set of results for Thomas which sees him in second place in the championship as they head for round three at Hooton Park in Ellesmere Port in two weeks.