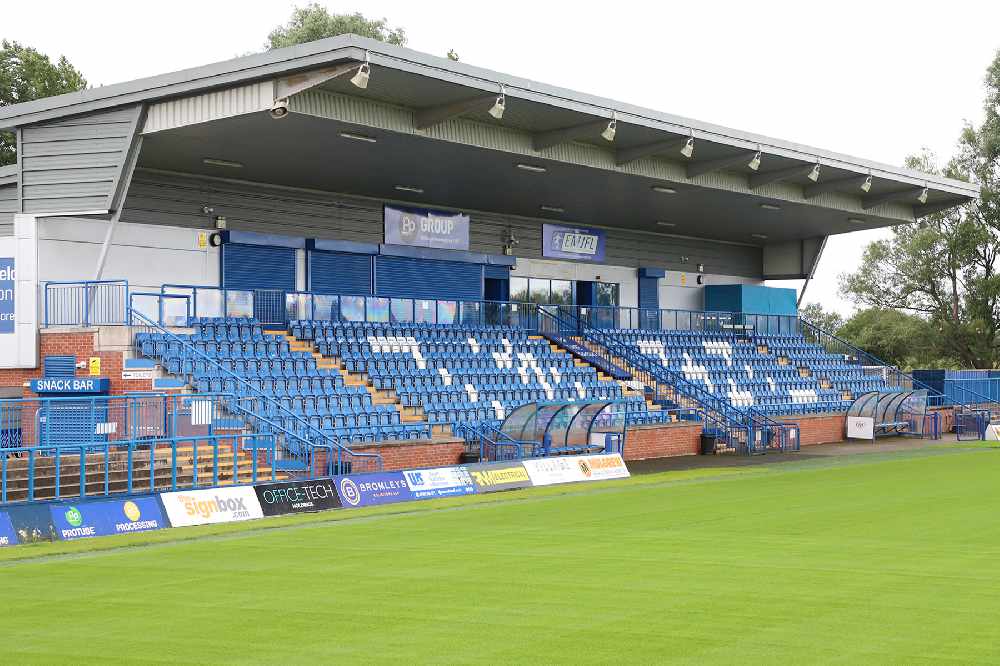 Adam Lakeland’s unbeaten start to life in the league continues, after his side picked up a well-deserved point on the road at Brackley Town.

Both teams were well matched in the game and in the end, a point was probably a fair result.

In the first half, both teams enjoyed spells with the ball as they traded possession in the middle of the pitch with few chances being created. The best chance of the half, and possibly the game fell for Curzon frontman, Nyal Bell, halfway through the first 45 minutes.

Jack McKay whipped a corner in from the left-hand side which was met on the run by Bell. His glancing header was heading for the far-right hand corner but for a remarkable stop from Lewis at full stretch to keep the scores level.

Nothing more than half chances were created in the rest of the first half. Stunning one touch football down the left-hand side of the pitch saw Alex Curran reach the by-line. His cut back looking for the on rushing Jack Dunn in the middle, but a Brackley defender intercepted before the Nash midfielder could get his shot off.

In the second half, the home team came into the game more however, clear cut chances again were few and far between. Once again however, the best chance of the 45 fell to the Nash.

Another McKay corner from the left was met on the run by an on-rushing Adam Barton, who nearly marked his debut with a goal. His volleyed effort instead ricochet off of the bar.

Bell had another chance to be the difference between the two sides on the break. A wonderfully weighted ball from Waters found Bell in full stride down the right flank. Great close control from Bell saw him create a yard of space in the area to get his shot off.

The strike was on target and heading for the bottom right-hand corner but just lacked the power to get past Lewis in the Brackley net.

As the game moved into injury time, the home side massively piled on the pressure. After a series of corners, goalkeeper Chris Renshaw was called into an instinctive, reaction save at point blank from a close range Brackley header.

Curzon did themselves proud at one of the toughest grounds to travel to in the league. They more than matched their hosts and would be forgiven to be aggrieved at only leaving St James Park with a single point. However, another well-deserved point was earned on the road ahead of another big game at the Tameside Stadium on Tuesday.