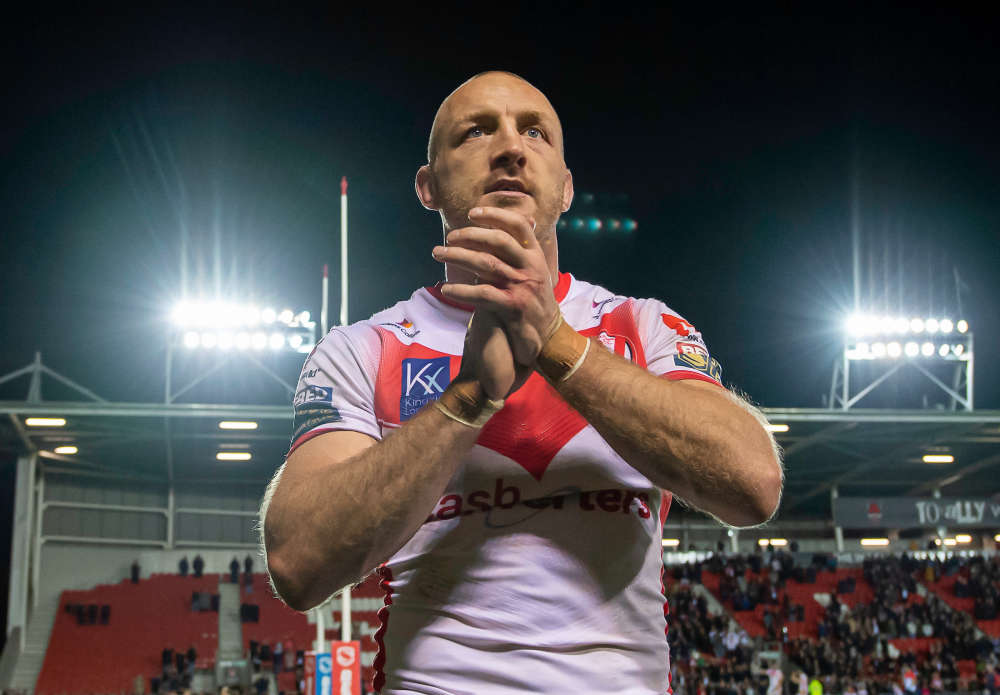 So we’ve got what we want…the top two teams in the Betfred Super League going head to head in Saturday’s Grand Final.

The Old Trafford showdown between current champions St Helens and this season’s League Leaders Shield winners Catalans Dragons should be an absolute classic between two clubs known for their expansive style.

Let’s hope it lives up to its billing and our fantastic game wows fans watching from all over the world.

Saints are odds on with Betfred to win and achieve the famous ‘three peat’...winning the Grand Final for the third year running.

They are  2/5 favourites to win the game - and a decent bet according to Oldham-born RL legend Paul Sculthorpe is for Saints to win by 10 points or more which is available at 11/10 with the title sponsors.

Catalans do have their big stars however and have shown great consistency losing only four of their 23 matches in the regular season – including the unforgettable Magic Weekend comeback triumph against Saints in Newcastle.

Remember the first 75 minutes of that game when St Helens piled up the points proving beyond doubt they are clearly the best team in the competition. A team with no weak links, a team who have superstar players would pretty much walk into any opposition side.

St Helens have the class of Lachlan Coote, the blistering speed of Regan Grace, powerhouse forward Alex Walmsley, the brilliance of now veteran skipper James Roby to name a few…and if they are anything like in top form will lead to the Saints marching on.

Catalans, who will have at least 2,000 fans travelling from France,  have their own dangers with the key positions throughout the Dragons spine as good as any team - apart from Saints - in the Betfred Super League.

Betfred TV pundit Sculthorpe has picked out the Dragons halfback partnership of Josh Drinkwater and James Maloney, the no nonsense Mickey McIllorum , together with the mercurial new Steve Prescott MBE ‘Man of Steel’ winner Sam Tomkins as having enough class and experience to win games on their own.

Tomkins however, still to needs to be given the all clear to play after suffering a medial knee injury in the final regular season game.

One major emotion the Dragons will be calling on come 6pm on Saturday at the ‘Theatre of Dreams’ is the imminent retirement of Aussie star James Maloney who plays his last game for the French side. The former NRL and State of Origin star has been a major factor in the rise of the Catalan side in the past few seasons, no doubt having a big influence alongside the former England Coach - and the recently named ‘2021 Coach of the year’ Steve McNamara.

Sculthorpe is on record as saying that McNamara  has been instrumental in changing the culture of this team, and along with some fantastic recruitment, which has led them into their first ever Betfred Super League Grand Final.

Saints gaffer Kristian Woolf is under no illusion what a tough side they face, which he emphasised following Saints 36-8 demolition of a poor Leeds Rhinos side in the semi-final.

Here is Sculthorpe’s key battles that could determine this result:

Coote Vs Tomkins- both exceptionally clever footballers who can read a game and also cut down defences effortlessly.

Lomax Vs Maloney- two key indicators for their respective teams…usually where these two are- the ball goes! Big players in the big games.

Walmsley Vs Kasiano- the two biggest men on the field. Imperative that before the halves are able to play that the forwards first win the battle up front, and these two regularly hurt opposition defences.

Roby Vs McIllorum- if the forwards do get on top look out for these two. Both intelligent footballers who touch the ball more than anyone else…also two great work rates on defence, regularly leading the way in the tackle counts.

Betfred boss Fred Done said: “Brace yourself for what should be a cracking final between the top two. Whatever happens history will be made.”