The Celts welcome a club legend to Bower Fold 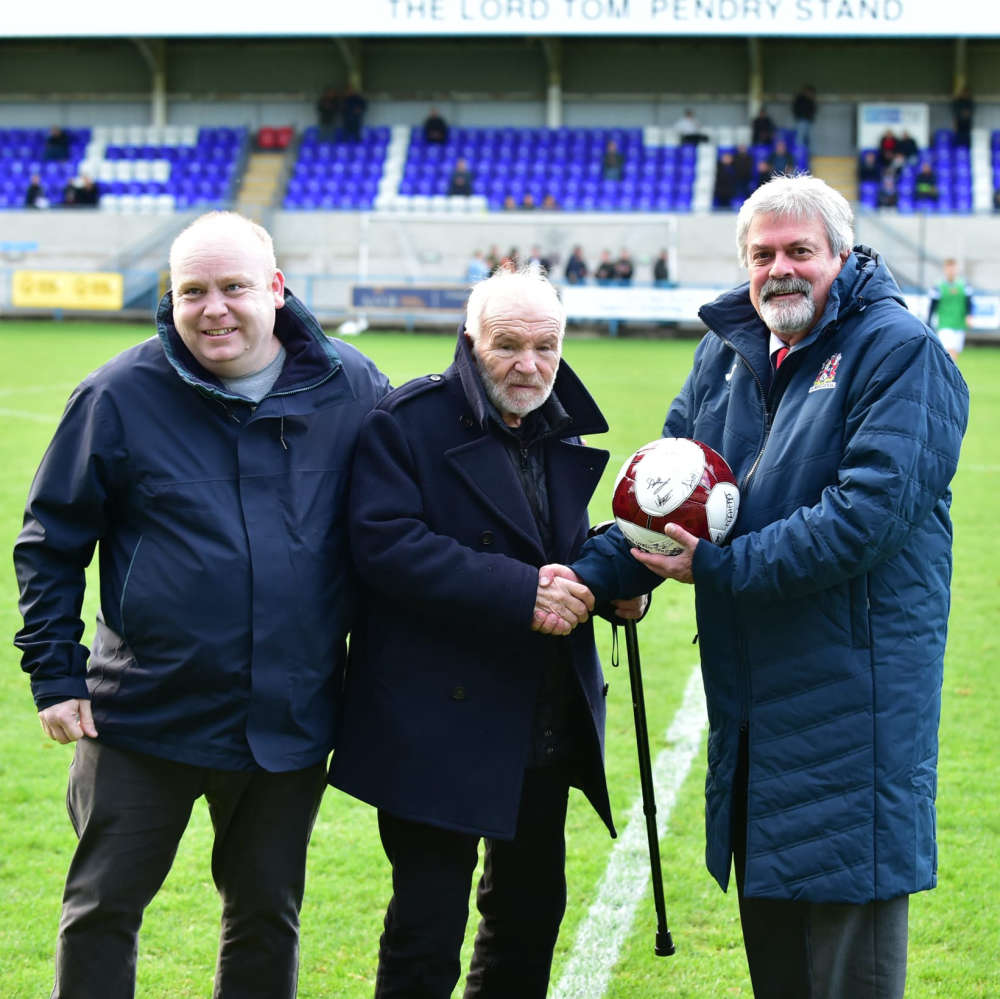 The Celts welcomed a hero to Bower Fold in the form of ex-player Geoff Fry in order to gift him with a half time presentation.

Geoff was presented with a signed match ball by Celtic Director Keith Smart before receiving a round of applause from the crowd. He was also joined at the game by members of his family, including his son Johnny.

Geoff inspired so many of players and fans during his time at the club and is remembered for his impeccable level of play.

Speaking on his pride around having Geoff as a guest at the club, Keith Smart said, "it was an honour and a privilege to present Geoff with a signed ball.

"I was a lad of around 10 years of age when I first saw Geoff play, and he was one of my earliest idols from my formative years following Celtic.

"79 goals from 166 matches and he wasn't even the main striker, what he did for the club was amazing.

"Geoff's not in the best of health at present, so I hope this gesture has given him a boost."

The celebrations continued at Bower Fold following the half time presentation as the team managed to secure their 4-1 win against Yorkshire Amateur. This will see them progress in their FA Trophy journey, a journey that fans are happy to follow them on.