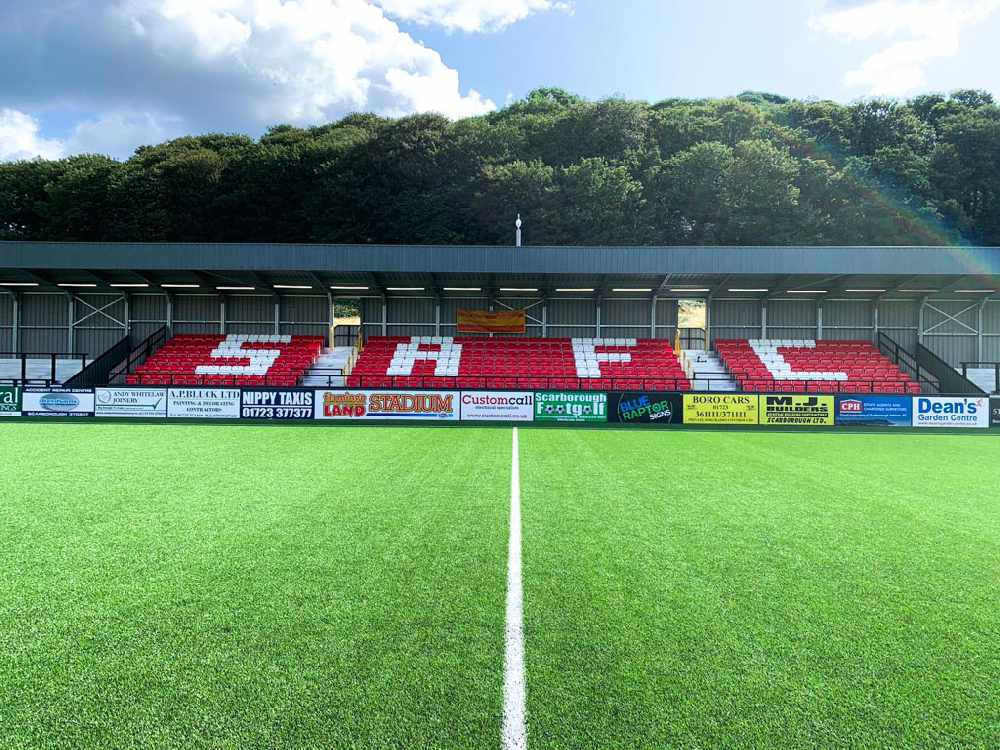 Ashton's recent good run of form came to an end as the home side ran out comfortable winners at the Flamingo Land Stadium, in front of a crowd of 900.

On the plastic surface, the Robins were playing with the benefit of a strong wind in the first period. Harry Spratt just stopped Liam Tomsett in time at the cost of a foul, which saw Sam Sheridan’s free-kick bounce uncomfortably close to Tommy Taylor’s goal.

Tomsett was then just denied by Taylor at his near post from Ben Hardcastle’s cross but, 12 minutes in, Tomsett won a penalty from a clumsy challenge by Isaac Assenso, which Josh Wilson stuck away.

Six minutes later, matters were evened up by Michael Coulson, also from the spot, after Steven Rigby was adjudged to have handled a return ball.

Sheridan then caught hold of a poorly cleared corner but hit it just too high for the Robins.

At the other end, a great cross by Josh Barrett reached fellow full-back Jack Johnson, who half volleyed over the top. Just before the break, an action replay saw Johnson miss another great chance - this time on his right foot.

The visitors made the worst possible start to the second half as Tomsett was dismissed for a strong challenge on Johnson.

John Lufudu was then denied by Taylor, after a good exchange with Louis Almond, and after Coulson had overrun Ryan Watson’s clever chip into the area, Michael Brewster was denied by Taylor at the other end as he tried to convert a clearing header.

For Scarborough, Johnson’s latest attempt to get on the scoresheet needed Wilson to clear off the line, again provided by the Seadogs’ most effective player Barrett.

With 25 minutes left, Barrett was again the provider as he provided Coulson with a tap in for the second. With the hosts clearly on top, another Barrett cross saw James Walshaw make space before just missing the far post.

And after Lufudu had burst into the area, only to hit the side netting, a fine run through midfield by Glynn set up ex-Robin Ryan Watson for a neat finish to seal the victory for Scarborough.