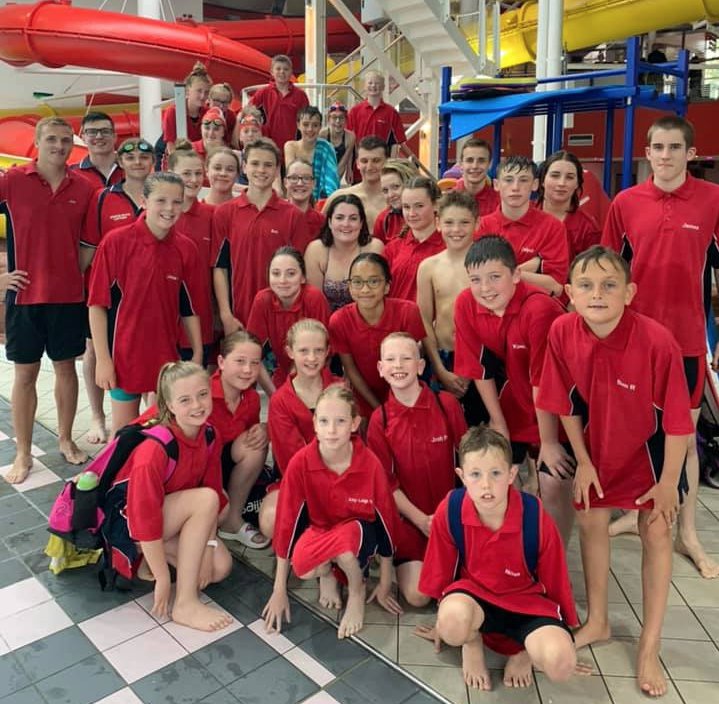 It was the celebration of the Club’s greatest ever season and in this four part report, Mark Clough reflects on the success.

In the Inter Town Friendly League, Ashton compete against teams from Marple, Hyde, Romiley, Hazel Grove and Wilmslow. Galas are staged both home and away and the age of those competing ranges from 8-30 years old.

With a maximum 168 points up for grabs in each gala, the aim of course is to score more points than the opposition – so 84.5 is the total you need to secure the win.

In the first gala of the season, Ashton travelled to the old Denton Pool, with Hyde Seals the hosts. As always, this proved to be a competitive season opener as Hyde's Juniors competed well against the visitors. After a closely fought first half, it was Ashton’s Seniors who secured the overall victory with 20 wins out of 22.  Sophie Kershaw was awarded the Swimmer of the Match.

Next up followed a home gala against the defending champions Romiley. This was a very exciting gala as Ashton’s Juniors were overwhelmed by a very strong Romiley team. Lily Smith was the only Junior from Ashton to secure more than one win.

Beginning the seniors section, Ashton had a mammoth 18 point lead to try to overcome and started like a house on fire with eight wins from the first nine races. The wins were then shared out, until Ashton secured the final five wins (including four relays, worth double points). Alas though, this was just not quite enough as the visitors secured the narrowest of victories by just a single point.

Tegan Shaw was voted Swimmer of the Match and there were an excellent 35 pb's recorded from Ashton’s swimmers on the night.

Two comfortable gala wins came next against Marple and Wilmslow with two more girls being the stand out swimmers on the night. Tamara Servan and Alyssa Schofield.

In the fifth gala of the season, Ashton competed against Hyde again – this time at home. This proved to be a much more commanding performance as Ashton won all but eight of the 44 races with Scarlett Cornwell excelling with two wins and three personal bests.

The return gala against Marple was next – at the cosy New Mills Pool. Unfortunately Ashton had a much depleted team with a total of 27 swimmers unable to race. The Juniors were involved in a very close contest and were narrowly defeated by just a point. It was the turn of the Seniors again though to power home and they did so, securing the overall victory by nine points.  As for Swimmer of the Match, it was the turn of Aimee Carey who was the unanimous recipient on the night.

Ashton’s biggest win of the season came next as Wilmslow were overawed against a rampant Ashton team.  Five Ashton swimmers won the maximum four race wins and one of these – Jake Wood – was awarded the Swimmer of the Match.

Next up was a double header against Saracens from Hazel Grove. Historically Saracens had the overall edge against Ashton but the tide had turned over the last few years. In the away gala first up, Ashton got off to a decent start in the Juniors, but a run of five consecutive losses at the end of the first half meant the Seniors started with a seven point deficit to overcome. The Seniors had an exceptional gala and won all but four of the 22 races though, to ensure that Ashton won overall by an impressive eight points. Ryan Coulthard won all four of his races and was subsequently named Swimmer of the Match.

In the return gala at home - just one month later, the result was much more one sided. Ashton ran out clear winners, having dominated both the Juniors and Seniors with five swimmers recording the maximum four wins. Mia Grayson was awarded her first ever Swimmer of the Match.

In the final gala of the season, Ashton knew they had already won the Seniors competition with nine wins out of nine, but were looking for victory overall in the gala, away to title rivals Romiley. Just like in the home gala, the Juniors struggled against a very strong Romiley team. Only Ryan O Boye and Lily Smith managed outright wins and with a couple of ties, it meant the Seniors (like in the home gala) started 18 points behind.

Ashton had an excellent start and won the first eight races, to bring the gap down to just eight points. But then the wins were shared and victory proved elusive in the end with final margin of defeat remaining at eight points. Ryan Coulthard picked up his second Swimmer of the Match award in just over a month as just himself and reigning Swimmer of the Year (Ben Haughton) won the maximum four wins.

So as the season drew to a close, Ashton finished second overall to Romiley for the second year in a row, but were clear winners of the Seniors award (having won all ten Senior events). It was an excellent season though as it was the first time ever Ashton had scored over 100 points four times.

An amazing 92 swimmers competed for the club during the season (a record) and over half of these swimmers recorded at least one win. Out of a maximum 40 wins, we had two swimmers who had exceptional seasons. Ben Haughton recorded 38 wins from his 38 races (beating his own record of 37 set last year) whilst Ryan Coulthard went one better with 39 wins from 39. A truly sensational achievement from both.