Smith has a point to prove next season 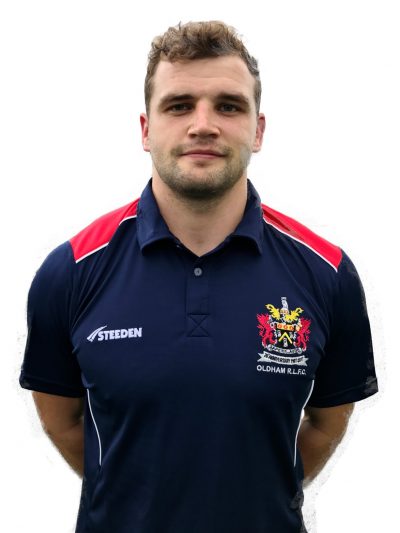 Ed Smith has seen York City Knights transformed from a struggling outfit on the brink of going under to a lively, vibrant club that has risen to the upper reaches of the Betfred Championship and has become the blueprint for clubs with similar ambitions.

York born and bred, Smith spent nearly a decade with his hometown club, captaining it too, until a serious knee injury threatened to end his rugby league career two years ago.

Having more or less come to terms with the reality of the situation, he took the opportunity to accept a full-time career move from the Minster City to Manchester.

That's where Oldham burst into the Smith story. They heard the former Knights captain was a free agent, now living and working in banking in Manchester and took a gamble by offering to put the club's medical and rehabilitation facilities at his disposal.

After two major operations on the same knee, to repair anterior cruciate ligaments, the former York second-row or prop forward needed a big heart, determination and enormous self belief to battle back.

But with Oldham's helping hand battle back he did.  Oldham signed him on a short-term deal last July to the end of the season to see how he  progressed.

He played three matches off the bench, emerged unscathed apart from fully-expected aches and pains after each outing, and signed a new one-year deal to cover 2020.

With a full pre-season under his belt both club and player hope Smith can come good in the coming season and prove to everyone, not least club officials at York, that he is well and truly on the way back.

If he can regain full fitness and produce the form that once had Super League clubs inquiring after him his career will have gone full circle and York's loss will have been Oldham's gain.