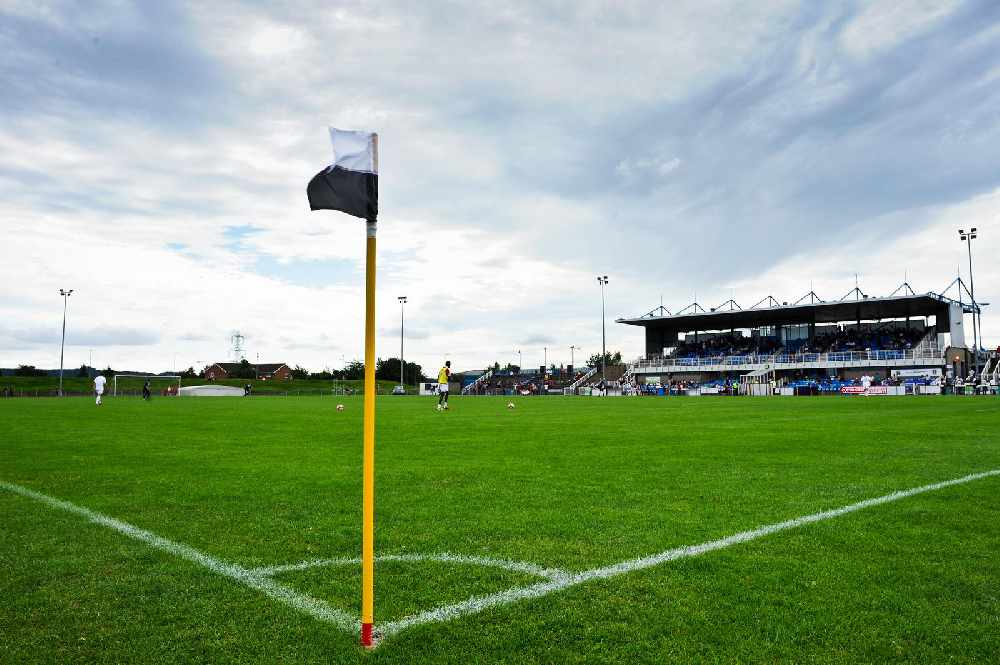 Grantham Town and Ashton United met for the first time since the play-off final of 2018 and the result was the same, as the visitors ran out convincing winners at the South Kesteven Stadium.

The Robins had a new face in goal in the shape of Lloyd Allinson and another debutant on the right wing in John Lufudo, who signed from Tadcaster Albion earlier in the day.

The game got off to a bizarre start as Ashton took the lead within three minutes. Nicky Clee's corner was headed against his own crossbar by Zoko, with the rebound going in off the back of the prone keeper Nicholson. Liam Tomsett then spread the play to Lufudo, who delayed his shot before placing the ball narrowly wide.

But on 12 minutes, Connor Hughes on the opposite wing cut inside McGovern, who slipped and provided an emphatic finish. The home side threatened briefly as a long ball down the middle saw Greg Smith only able to make a weak connection and a loose ball at the other end saw Tames only denied by a block on the line.

Curtis Obeng prevented the hosts pulling a goal back, heading Broadhead’s header off the line from Racchi’s corner and Hughes had to be replaced by another new face Jordan Slew just before half-time following a block tackle.

Slew immediately turned onto Tames’ pass at the start of the second period and just missed the far post before Lufudo fired over on his left foot after a neat back heel from Rowney.

Just before the hour mark, Tames was pulled back by Ward 22 yards out and Sam Sheridan exacted full revenge by curling home a fine effort.

Meanwhile, Racchi whipped in his own dead ball from all of 35 yards, which needed tipping away, and his next delivery was headed narrowly past the far post by Greg Smith.

Substitute Tweed was then dismissed for a high challenge on Tomsett and Tames’ left foot effort was only blocked by the sliding intervention of McGovern.

Entering the final 10 minutes, Slew put the icing on the cake as he made space on the right hand side of the area before finishing a debut goal in off the far post.