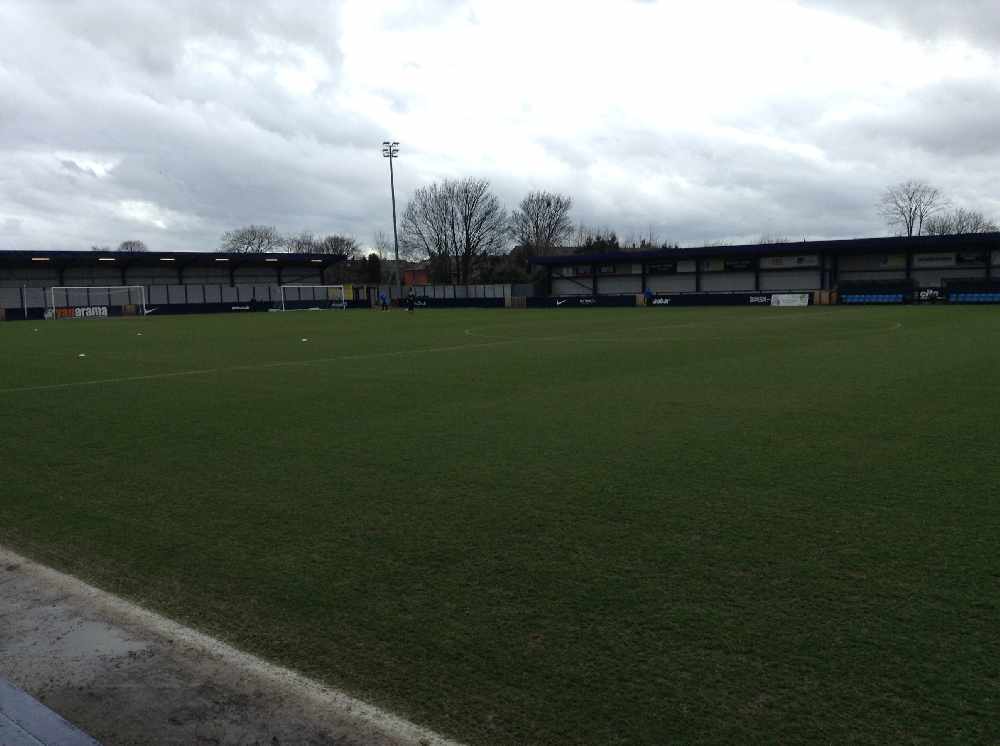 Hyde and Ashton shared six goals in a wide-open encounter on the plastic pitch at Ewen Fields.

With the wet weather not being a problem on the artificial surface, the visitors opened the brighter in front of a crowd of 552 and the referee was immediately faced with a big decision as a square pass found Jordan Fagbola miscontrolling giving Anghel a clear run on goal, which was only stopped by Fagbola. Gareth Thomas decided that a yellow card was sufficient on the advice of the linesman.

Five minutes later, Hunt’s forward pass saw Liam Tomsett’s flick on give Tames a direct run on goal and he finished neatly just inside the post.

Shortly afterwards and the Tigers drew level as Pratt’s cross to the near post saw Dan Turner finish across Carnell, somewhat against the run of play. Hughes’ cross then reached Anghel whose shot into the ground bounced onto the roof of the net and a ball was then played down the right wing for the home side, allowing the same combination to put the Tigers ahead.

The goals continued as 25 minutes in Thompson dwelt over his clearance allowing Chris Rowney to close him down from where the ball rebounded into the unguarded goal. Ashton continued on the attack as Josh Wilson headed Nicky Clee’s delivery just too high and Clee himself could have restored Ashton’s lead when a great run into the area onto Tomsett’s return ball saw him only hit the side netting.

After the restart, the hosts moved back ahead as Clee’s clearing header only dropped to Liam Tongue on the edge of the area, from where he finished emphatically.

With 20 minutes left, matters were all square again as Wilson’s header from a corner crossed the line, despite Tongue’s best efforts. With time running out, Fagbola’s shot squeezed wide of the target after Carnell had dropped a near-post cross.

Entering added time, Hughes forced a low save out of Mewitt from Clee’s pass and Thompson made a vital block on Tames’ cross with Tomsett waiting and the same player then headed Clee’s corner over.