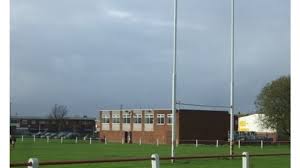 Just a week after a narrow league victory at North Manchester, Ashton made no mistake in the League Cup Competition on Saturday.

Having gone ahead with an early try from prop forward Neil Oldham, they came up against some stubborn resistance from their Moston based opponents for much of the first half. However, even though they saw their lead cut by a successful penalty kick after 32 minutes, once Billy Travis had added a second try just before half time they went on to dominate the game.

Although North took full advantage of a temporary lapse which saw them go in for a converted try from half way midway through the half, it was Ashton who were largely in attack mode for much of the second period and they added to their lead with tries from Travis Powell, Titch Taylor, Gaz Cardwell and Chris Grayson.

Of all these, Grayson’s last minute interception when the home side had put together their only sustained spell of pressure on the Ashton line was perhaps most worthy of note, with the veteran scrum half and skipper literally running the full length of the pitch, evading any pursuit, to go in for a final touch down.

Tom Costello blotted what had previously been a perfect copybook when he failed to convert, but this was his only missed conversion of the day and it failed to take any of the gloss off a concerted team effort that had led to an emphatic victory.