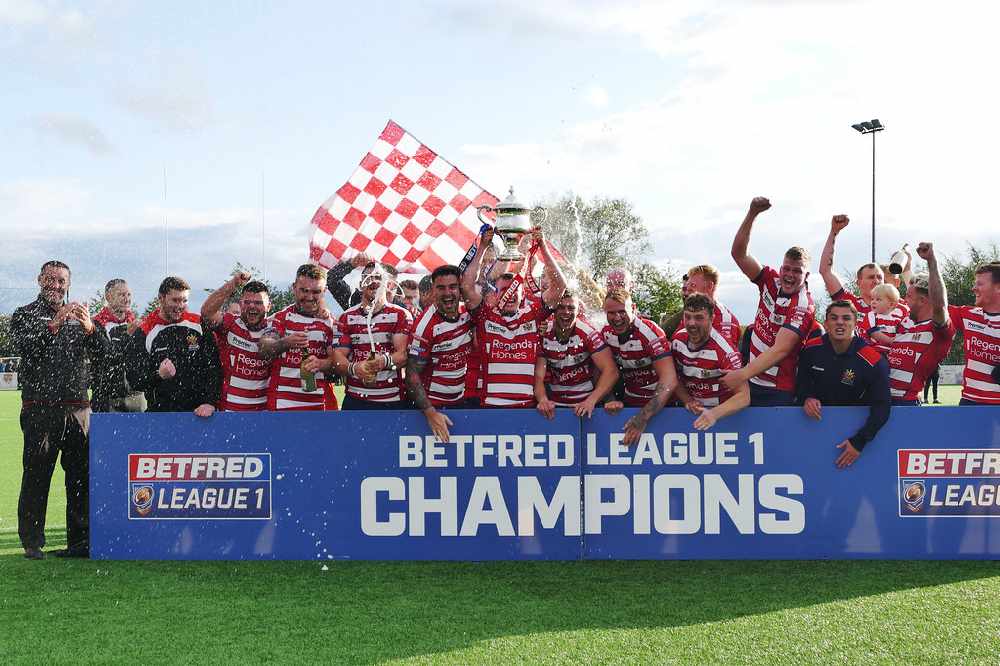 ​A young centre from Wigan Warriors, who has more big-game experience than many older players get in a full career, has joined Oldham on a one-year contract.

James Worthington (20) has played for England at under-16s and Academy levels; played centre to Liam Marshall in a Super League game against Wakefeld only a week after his 18th birthday; and played on loan for Toulouse Olympique against Toronto Wolfpack in a top Championship game that was a curtain-raiser to Super League's Magic Weekend at St James' Park, Newcastle in 2018.

A week later he lined up for Toulouse against London Broncos in a Summer Bash clash at Bloomfield Road, Blackpool.

More recently, while still contracted to Wigan on a full-time two-year deal, he played six games for Workington Town in the Betfred League 1 season that's just finished and then finished off the season in the Championship with Rochdale.

Said Roughyeds' head coach Matt Diskin: "James comes from a Super League background at Wigan and he's been well thought of wherever he has played on loan or dual-reg.

"We've done well to get him against considerable competition and its felt he will do well for us on the fringes next season."

Said James: "I've played for a few clubs on loan, but I'm made up to become a fully-fledged Oldham player. I've been at Wigan since I was 16, so it's a new challenge for me and I'm looking forward to it.

"My favourite position is centre, but I can also play full-back and wing.

"I know Liam Bent and I played alongside Dec Kay at Rochdale last season so that should help me to settle in."

He signed for Wigan on scholarship before he was 16 and was soon selected for England under-16s, playing in two Tests against France, the first at centre, the second at full-back.

Three years in the Academy followed, during which time he scored two tries on his Super League debut against Trinity and signed a two-year, full-time contract.