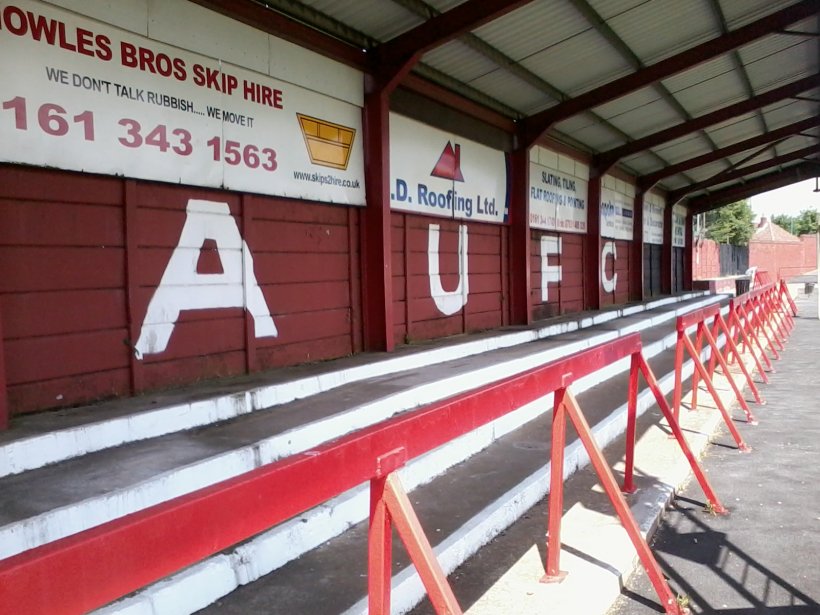 A fine strike from a corner by substitute Sam Sheridan was enough for Ashton to progress past their hosts from Cheshire. Just past the midway point of the second period the midfielder struck with his first touch which was out of keeping with much of what had gone before.

The sides had met as recently as 2017 in the same competition and it was the hosts who had the first chance as Vassallo was fouled out wide by Chris Rowney with Garrity’s second header from the free kick going over the bar. Ten minutes in and a long free kick saw Garrity completely unmarked with time to take the ball down and after Worsnop had palmed his effort away Roberts’ return ball needed Hunt to clear off Ashton’s line.

Jordan Slew saw a swerving effort held at the second attempt by McMillan and Slew’s cross was then headed clear just in front of the lurking Anghel. Approaching the interval Gray saw appeals for a penalty ignored and then glanced Raven’s cross past the far post before he won the ball well in midfield and sent Mackreth forward to miss the far post. Immediately after the break Slew’s dribbled cross saw Wilson bring a point blank save out of McMillan when he possibly should have done better.

Liam Tomsett then sent a weak effort straight at the keeper after latching on to Havern’s long clearance and Vassallo’s dangerous cross beat everyone for Town. Rowney made an important clearing header from Vassallo’s hanging cross and Anghel’s shot was deflected out for a corner which saw Clee’s delivery fired home from the edge of the area by Sheridan’s who had only entered the fray a couple of minutes earlier.

Vassallo’s delivery saw Banister’s effort go over the top under pressure and Lufudu progressed along the by line but hit his cross way too long. Havern cleared Vassallo’s cross just in time and Warren’s return ball saw Garrity steer his header just off target.