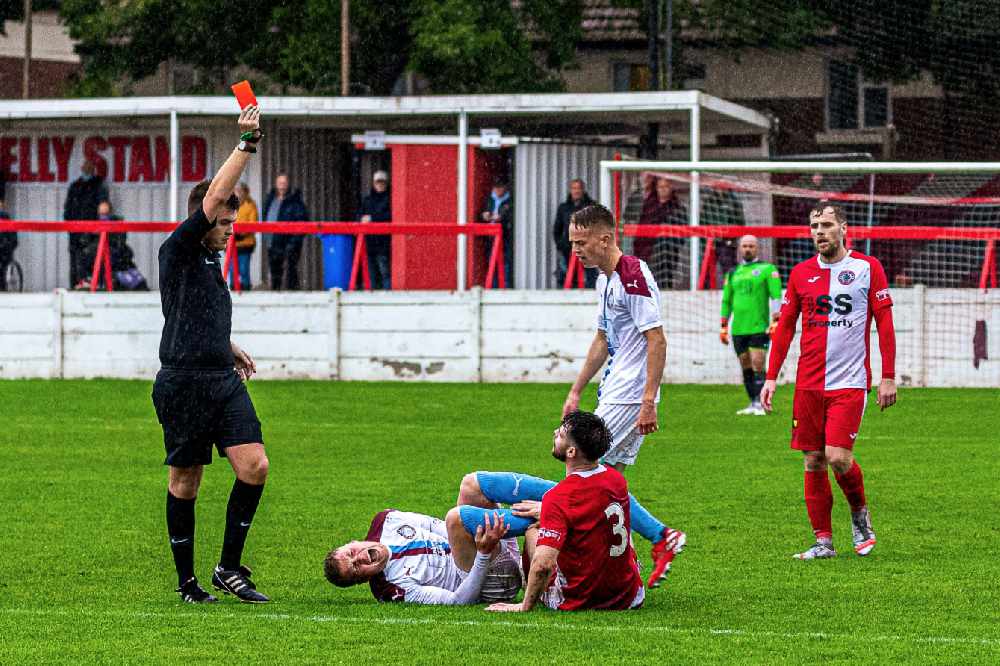 South Shields put the record straight with an emphatic victory following Tuesday’s draw with the same opponents in the Northern Premier League. The Robins restored Greg Hartley in goal and he was called into action on 14 minutes as Robert Briggs caught hold of Darius Osei’s header down with Hartley needing to fist away. On 25 minutes John Shaw’s long ball released Jason Gilchrist who rounded Hartley and slid home the opener.

Just past the half hour Osei was played in by Callum Ross and provided a left foot finish from a tight angle. Ben Hardcastle’s deflected effort was as close as the Robins came in the first period and it was Hardcastle who was booked for simulation straight after the restart having appeared to be tripped by Shaw. 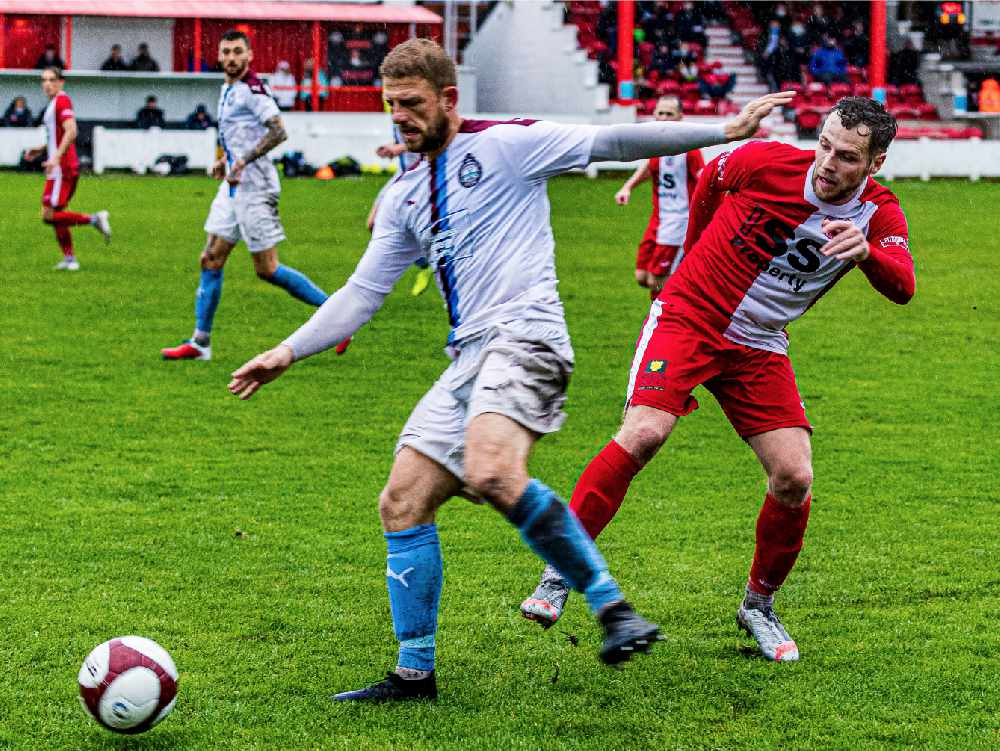 Gilchrist then out sped Raynes onto a through ball but put a weak effort straight at Hartley and Briggs’ volleyed pass into the area saw Verstraaten attempt to square the ball when better placed himself. Sam Sheridan then came close as his 40 yard effort clipped off the top of the crossbar but with the visitors almost in complete control they extended their advantage mid way through the half as Briggs finished Alex Kempster’s cross at the far post.

John Pritchard curled a free kick past the near post after a foul on Hardcastle but almost immediately Pritchard was dismissed for retaliation after a foul by Jenkins and after Kempster won a corner off Lufudu Ross headed in Briggs’ corner to complete the rout.