Ritchie Hawkyard: "We can go okay in the Championship" 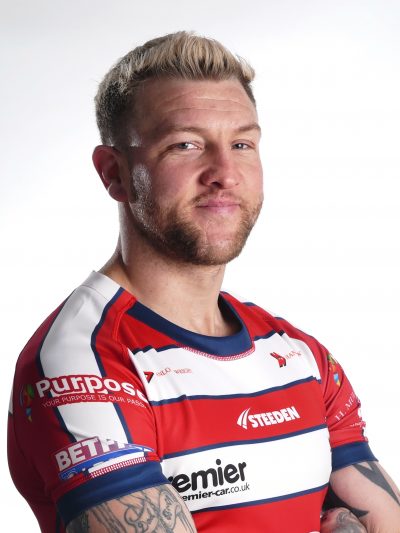 Ritchie Hawkyard, man of the match in the Betfred League 1 promotion decider against Newcastle Thunder, has tipped Oldham to go well next season in a 14-team Championship.

"If we play with the enthusiasm and the togetherness we've had this year we'll go okay," said the veteran full-back, who will be 34 by the time next season starts.

He said the Promotion Final, in which Roughyeds won through with an 18-14 triumph against the Tynesiders, was a terrific advertisement for League 1.

He himself had a brilliant game despite pulling a calf muscle in the Captain's Run on the day before the game and then damaging both an ankle and his back in the first half.

He added: "My body's broken. I'm 33 now and as far as the future is concerned I'll have to give it a lot of thought.

"Even before I came to Oldham there was a place in my heart for Roughyeds where my uncle Colin played years ago. He often told me Oldham was a good club. He said they looked after their players and they had great fans. He was right.

"I always wanted to finish my career at Oldham and win something, like I did at Swinton and Keighley, and I did it in a side that it was a pleasure to play in.

"Colin was right about the fans. They've been terrific all season, our 18th man.

"The lads who are retiring or leaving have had a terrific send-off thanks to our win in this Grand Final.

"Thunder are an excellent side with some very good players. They got on the front foot but we wouldn't go away. It was a great performance and a great match --- an excellent advert for League 1."

One of the players who is leaving the club is prop Scott Law who, at 34, is the oldest member of the squad. He is emigrating to Australia with his family .

Said chairman Chris Hamilton: "Scott came to us after nine years at Keighley and he's been an absolute rock.

"He was player of the season at Keighley last year and it was easy to see why --- all this season he played for us as a no-nonsense, no frills type of prop. He knew only one way to play and one way to go, tough and direct.

"It goes without saying that we wish him and his family all the best in Australia."

Said Law: "It's been a great season on which to sign off. To finish on a high like this is something I'll always remember. A big thank-you to everyone at Oldham for giving me that opportunity."