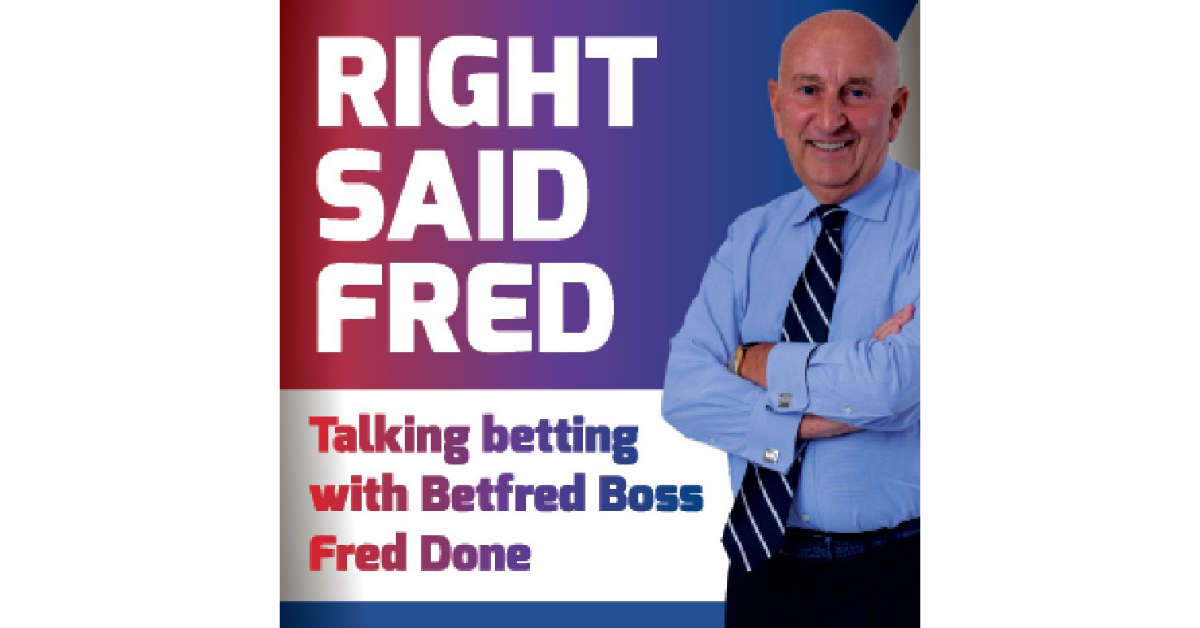 The new campaign kicks off on Friday night, as Crystal Palace entertain Arsenal at Selhurst Park, and I for one can’t wait.

Champions Manchester City, who begin their title defence at West Ham on Sunday, are odds-on at 4/7 with Betfred to retain their crown – while Liverpool, who visit Craven Cottage to take on the newly-promoted Fulham in the early kick-off on Saturday, are second favourites at 5/2.

Tottenham and Chelsea are next in the betting at 14/1 and 16/1 respectively, ahead of my beloved Manchester United at 28/1.

Erik ten Hag’s new-look side begin their campaign against Brighton at Old Trafford on Sunday afternoon and are heavy favourites at 8/15 with us to get all three points.

Fingers crossed the new regime get off to a winning start after a relatively successful pre-season, during which things both on and off the pitch have been significantly more positive.

However, it’s clear that we need a resolution to the Cristiano Ronaldo and Frenkie De Jong sagas.

I’m hoping Ronaldo, my favourite player of the modern era, stays and does what he does best in banging in the goals – while De Jong is clearly Ten Hag’s main target and after well over two months of negotiations, we either need confidence that he will join Old Trafford this summer or move onto other targets, for our midfield badly needs strengthening.

Meanwhile, congratulations to the Lionesses – the newly-crowned European champions!

Ella Toone’s goal to put England 1-0 up against Germany in the final at Wembley on Sunday was magnificent, and what an iconic celebration from the hero of the day Chloe Kelly after bagging the extra-time winner.

The women’s game is making huge strides, and the ladies’ success on the European stage will surely only increase interest, which is brilliant to see.

Finally, on the Betfred Super League front, how about the current form of my hometown club Salford?

Paul Rowley’s side are in terrific nick having won four of their five games in July – including crushing wins over Catalans and St Helens.

That 44-12 victory over Saints last weekend was outstanding. The Red Devils are arguably the form team in the league right now and putting in serious claims of upsetting the apple cart as we approach the business end of the season.

Salford were as big as 150/1 at Betfred just weeks ago to win the Grand Final at Old Trafford on September 24 but are now 33/1 and shortening with every game.

Saints remain favourites at 11/10 to win an unprecedented fourth consecutive Super League title, ahead of Wigan and Catalans at 3/1 and 9/2 respectively.

At the bottom of the table, Warrington are now our rank outsiders at 100/1 for Grand Final glory.

I’m starting to worry for Daryl Powell’s side and their immediate future in Betfred Super League – a statement I never thought I’d be making at the start of the season.

The Wire have now lost three on the bounce after Saturday’s defeat at Huddersfield and sit all the way down in 10th, just four points clear of Toulouse at the bottom.

You would imagine Wolves will ultimately have enough, but they still have to play the likes of Wigan, Castleford and the in-form Salford before the season is over.

All eyes will be on that crucial tie against Toulouse, at the Halliwell Jones Stadium, next week, which is an absolute must-win for both sides.