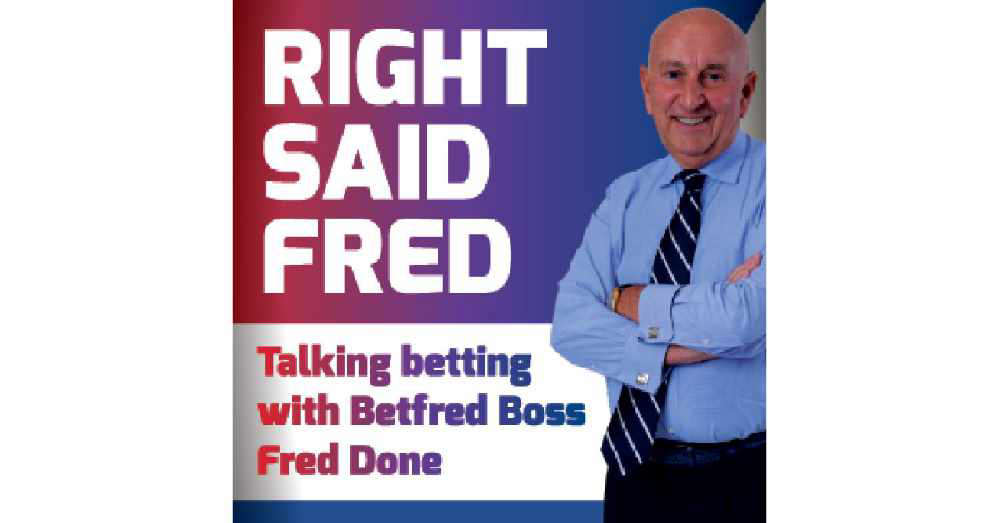 What a coup by Salford on the eve of the start of the Betfred Super League.

The signing of Aussie superstar Brodie Croft has got the pulse racing - and making the giants of the game take notice that the Red Devils are up for it big time.

The former Brisbane Broncos and Melbourne Storm halfback is already right in there before a ball is kicked in in anger as one of the favourites to be the 2022 Man of Steel.

Meanwhile over at Warrington , new coach Daryl Powell has been supervising training and is reportedly highly-impressed with the Wire as they get back to match sharpness ahead of their opener against Leeds at Headingley on February 12 – a game with added spice as it will be broadcast live on Channel 4.

It should be quite an opener for Powell, back on the other side of the Pennines, against the Rhinos who according to the odds have the best chance of the Yorkshire clubs of winning the Grand Final.

They’re 8/1 with us to win at Old Trafford in September.

Predictably, holders Saints are 2/1 favourites ahead of Warrington at 7/2, Catalans 11/2, Wigan 13/2 while Salford despite the fantastic addition of

Croft are amongst the outsiders for Betfred Grand Final  glory at 66/1.

Castleford, Powell’s former club who the Wolves play in the second match of the new season, are 20/1 shots – while the league’s new boys Toulouse are rank outsiders at 150/1.

It will be interesting to see how Channel 4 approach the season. I’m hoping they do their utmost, as I’m sure they will, to broaden the appeal of this great game.

AUSTRALIANS have been dominating the sporting ...and not just because of Croft signing.

The decision by the Down Under authorities to deport vaccination rebel Serbian tennis ace Novak Djokovic made headlines worldwide.

Then the Ashes, from our point of view, was a total shambles, and the quicker those in authority  get a grip on what’s going on with cricket's red ball game the better.

It really is time to make significant changes. The forthcoming tour of the West Indies represents a perfect opportunity to bring in big-hitting Liam Livingston of Lancashire, who can bowl a bit too.

That’s the first change I’d make, but the whole structure needs adapting with junior cricket in this country rewarding young players who can stay in rather than encouraging players to hit out in limited over games.

Then we have yet another Aussie  Neil Robertson, the world number four, winning the Masters at the Alexandra Palace where he crushed Barry Hawkins in a one-sided final.

That’s got me thinking about the Betfred World Snooker Championship at the Crucible in Sheffield in April.

CITY head to Southampton on Ssturday and are certain to be marching further towards Premier League glory.

The Saints are 10/1 to win at home with Pep Guardiola's aristocrats 2/7 at Betfred to pick up all three points.

I'm reckoning Guardiola will rotate his squad now they are so far clear at the top - and that brings Cole Palmer to the forefront of  our thoughts. The Wythenshawe teenager ,who looks to be the next product hitting the big time from the club's excellent academy, is 5/1 with us to score first.

For United is a case of picking up on their chase for a top four finish at home to West Ham who are also hunting down that key finishing slot behind City who I've already paid out on to be champs, Liverpool and Chelsea.

FINALLY who's going to take over at Everton? Well I know the majority of the Goodison faithful fancy former Academy and England and United ace Wayne Rooney .

We've had hundreds of bets on the current Derby boss getting the gig...and that's led to him being cut to 9/4 behind caretaker Big Duncan Ferguson at 11/8 while Frank Lampard is 5/1. I know someone who loves a challenge and may feel he has unfinished business in the Premier League...step forward serial winner Jose Mourinho available at Betfred at 8/1.