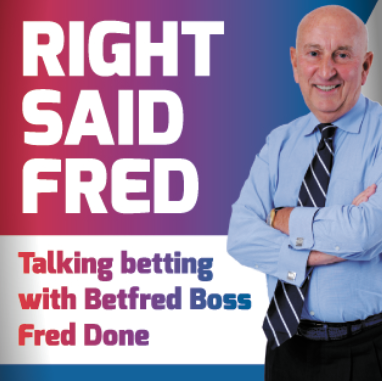 The Betfred Super League champions are 1/2 favourites going into the clash between the great rivals of the game who will most certainly be battling it out at the top all season.

I thought Warrington were unlucky to come away with nothing in the opener at Wigan.

It was a smashing performance despite losing skipper Chris Hill for a high tackle… a misdemeanour that has cost him a three-game ban.

Wolves’ coach Steve Price will be determined not to start the season with two defeats on the bounce.

But the fact is it will be a big ask to beat the Saints, who made a tremendous statement of intent with that thumping home win against Salford last Friday.

Warrington are 13/8 to win on Thursday at the Halliwell Jones, with Josh Charnley 10/1 to score the opening try.

Saints confirmed this week that star prop Luke Thompson is off Down Under at the end of the season.

The 24-year-old, who is in the final year of his contract at the club, is to join Australian NRL side Canterbury Bulldogs.

Saints are naturally bitterly disappointed that they will be losing their England and Great Britain international who has scored 25 tries in 150 appearances for the club and picked up the Harry Sunderland trophy as Man Of The Match in the Grand Final last year.

Betfred have Thompson 4/1 to celebrate his big move by scoring anytime against the Wire on Thursday.

Sonny Bill Williams made what is generally being described as a low-key return to rugby league in Toronto Wolfpack’s 28-10 defeat by Castleford at Leeds on Sunday.

But the New Zealand ace is vowing that he’s feeling good… and that’s ominous for Salford as he’s up against the Red Devils at the AJ Bell stadium on Saturday.

That should be some game – with Salford 8/15 to win and Toronto 6/4 to achieve their first victory amongst the big boys.

Sonny Bill Williams is 4/1 to score anytime, which even as a proud Salfordian I have to say is a sound bet.

It has been well received in the world of RL that Shaun Wane is back in the game as England coach.

The ex-Wigan boss has been working for RU in Scotland, and takes the place of Wayne Bennett.

RFL chief executive Ralph Miller summed it up when he said Shaun is passionate about the game and an outstanding coach as shown by his record in eight years with the Warriors where he had a reputation bringing through so much home-grown talent.

All the best to him – and let’s hope this weekend’s second round Betfred Super League games are as exciting as the first.

l Meanwhile, in the Premier League, it is all building up nicely in the race for a top-four finish behind the outstanding Liverpool and now seriously inconsistent City.

Leicester and Chelsea are both odds-on, but Betfred have Spurs 3/1, United and Wolves at 8/1, and the season’s surprise package Sheffield United at 16/1.

And what about Arsenal? Well, they have slipped to 33/1 to make the Champions League places.

l Finally, congratulations are in order to a customer in Cambridge who remarkably predicted that in 13 games there would be either no goals or that both teams would score.

Joseph Vambe – like me, a United fan – was successful in 12 games, and just needed City or Spurs not to score on Sunday.

I bet he was sweating over VAR and Ilkay Gundogan’s missed penalty, and then the subsequent furore over Raheem Sterling’s attempt to get a second one from the rebound.