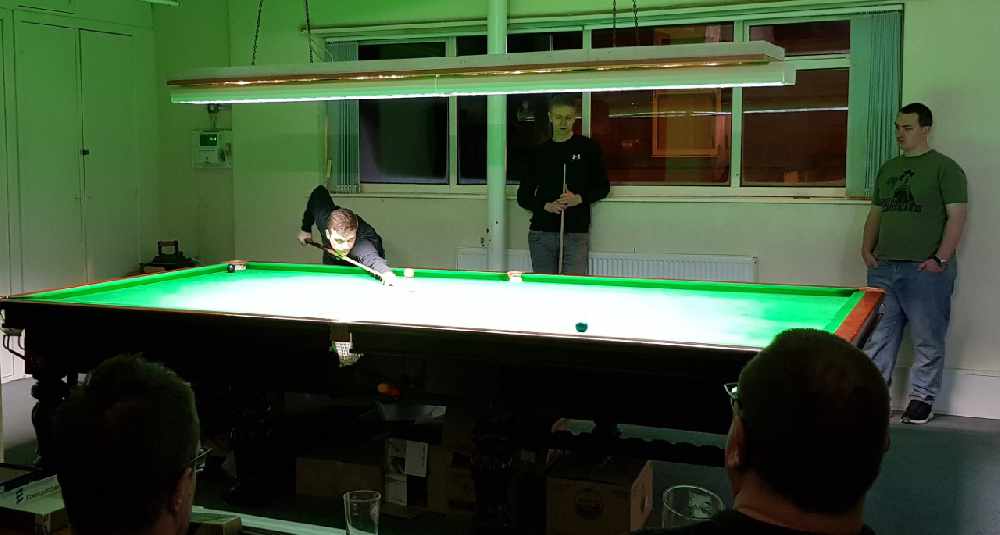 Week 20 saw St Peters play Hyde CC, Mossley B play Denton CC and Mossley A play Staly Labour. There were 3-2 wins for Hyde CC and Staly Labour while Mossley B won 4-1, to leave Hyde CC three points clear of St Peters at the top of the snooker league on 54 points. In the Whist League there were again wins for Mossley B and St Peters who are now tied at the top of the league on 22 points each. Still very close in both leagues as we approach the end of the third quarter of the league season.

These results left Hyde CC on 56 points, four ahead of St Peters and eight ahead of Mossley A. In the Whist League, Mossley B were on 26 points, two ahead of Denton CC and St Peters.

There was a management meeting on the following Monday and outstanding matches were reviewed, along with new handicaps for the final league quarter.