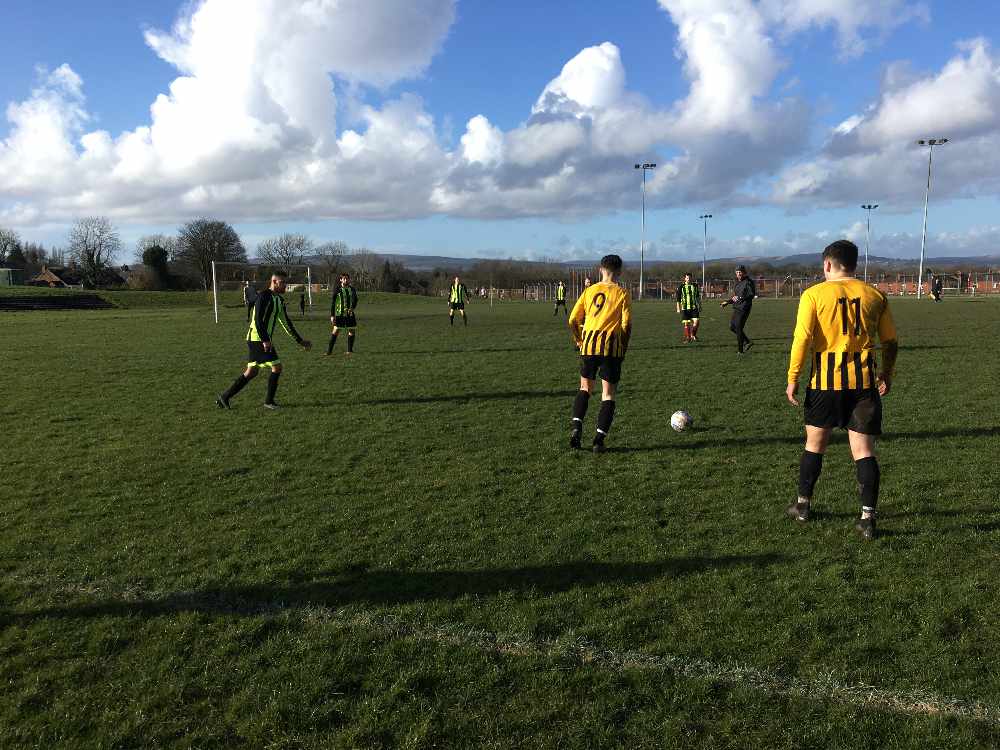 Kieran Coggin was a hat-trick hero as a relentless performance saw Glossop Wasps advance to the Inter-League Cup quarter-finals at the expense of Newbury FC.

After progressing to the Rosebowl Cup final the previous weekend, the Wasps were at it again last Sunday, this time in the Inter-League Cup, as they continued their quest for silverware in their debut season.

Sol Lester’s side were made to work hard in a closely fought first-half, taking a narrow 2-1 lead into the break. However, a clinical display following the restart saw them add a further four goals to give them a thumping victory over their Bolton-based opposition and seal a place in the last eight.

The visitors broke the deadlock early on when Austin Valentine-Clarke rose high to get on the end of a Taylor Maguire free-kick and his header forced an own goal.

Yet the hosts hit straight back with a set piece of their own, converting from a corner with 13 minutes gone.

The Wasps’ top goal scorer, Lee McNamara, had the ball in the back of the net as his team looked to seize control of the contest, only for his effort to be ruled offside.

Four minutes before half-time, though, McNamara got his goal. Another Maguire cross caused trouble, making its way to the back post where George Lindsay was ready to pounce. The woodwork denied the defender his first goal of the season, although the ball stayed in play and was fed to McNamara to tuck home with a first-time finish. 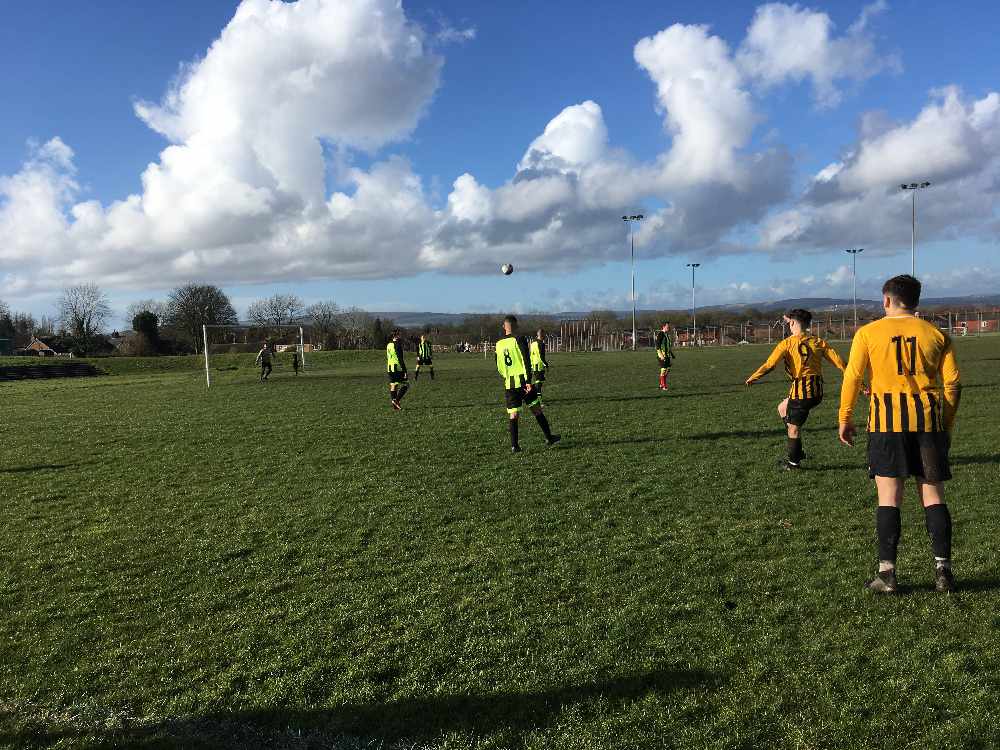 Lester added fresh legs after the interval in the form of Coggin and the substitute’s impact was immediate to say the least.

On 49 minutes, he had a fantastic header cannon off the crossbar before he scored two in quick succession to put some daylight between the teams.

The first of those came with 51 minutes on the clock, when he was presented with a golden opportunity from close range and kept his nerve to supply a cool finish.

Just a minute later, he grabbed his second with another fine header.

The Newbury goalkeeper did well to smother the ball and prevent Luke McLauchlan from scoring, who had managed to find a way behind the opponents’ backline.

Heading into the final 10 minutes, Olly Parker was fouled in the box, which saw the Wasps awarded a penalty and the hosts reduced to 10 men. As a result, Coggin was offered the chance to complete a second-half hat-trick and he duly obliged, confidently dispatching the spotkick.

Still, there was time for one more as Olly Parker swept the ball into the back of the net to round off the scoring and complete the rout.

The result ensures that seven of the competition’s remaining sides will be from the Hyde, Oldham & District Sunday Football League, with Lester’s side facing an away tie at Tempest FC in the next round.

Ahead of that, the Wasps welcome Crown FC to Pyegrove in their next game this Sunday (March 15), in what’s sure to be a mouth-watering Reporter Cup clash. 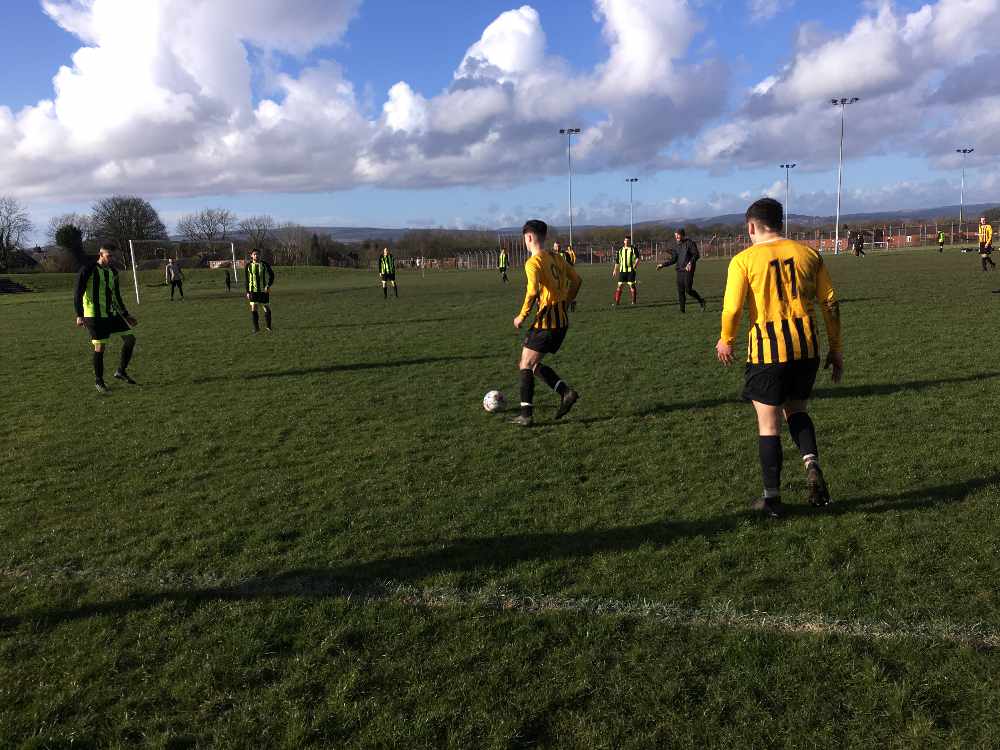