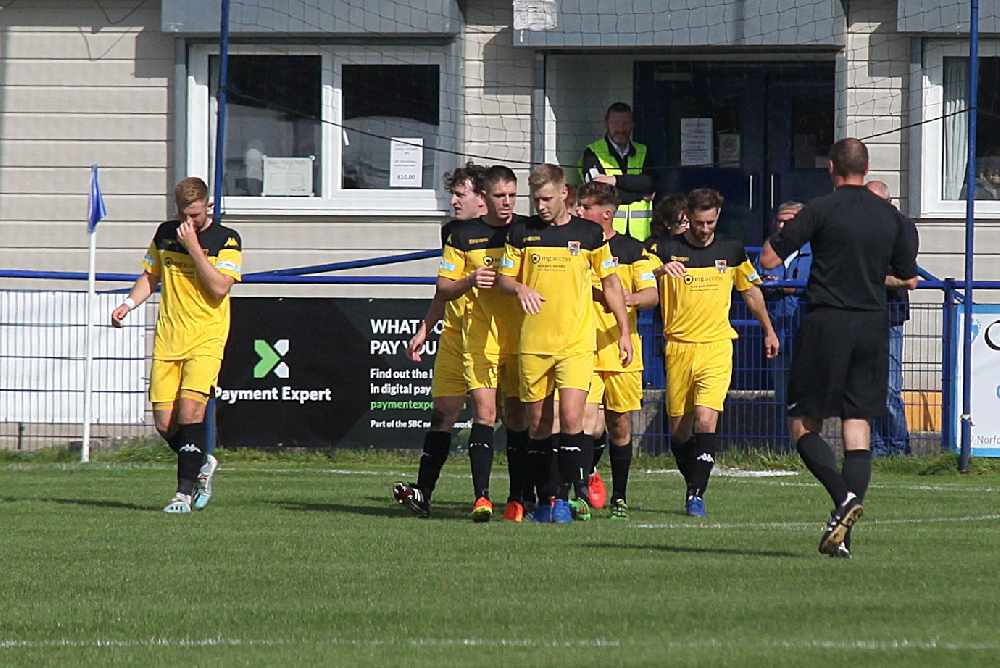 Glossop North End were knocked out of the FA Cup at the first qualifying round stage after a disappointing 3-1 defeat at home to Pontefract Collieries on Saturday afternoon.

It meant Glossop, who suffered a second home defeat of the campaign, haven’t been beyond the preliminary round of the famous old competition since 2015.

After beating Eccleshill United 3-1 in their preliminary round replay in midweek, joint-manager Pete Band spoke optimistically of embarking on a cup run in the coming weeks.

But the South East Division outfit, backed by 222 fans, weren’t at their best against a well-drilled Pontefract side.

The visitors from West Yorkshire took the lead just after the half-hour mark as Swaine struck on his first competitive start for the club.

The Colls settled the tie with two quickfire goals in the first 10 minutes of the second half.

Firstly, Smythe fired in a free-kick from just outside the box in the 52nd minute before Cyrus increased their advantage three minutes later.

The Hillmen shuffled the pack, sending on Mason Livesey, Henry Limpishi and Will Holt from the bench in place of Joel Mills, August’s Player of the Month Jack Tuohy and Devon Matthews.

One of the replacements reduced the arrears as Limpishi bagged his first goal of the season with 15 minutes remaining.

But it was too little too late as Glossop’s hopes of a fruitful FA Cup journey came to an end, and the Colls advanced to the second qualifying round for the first time.