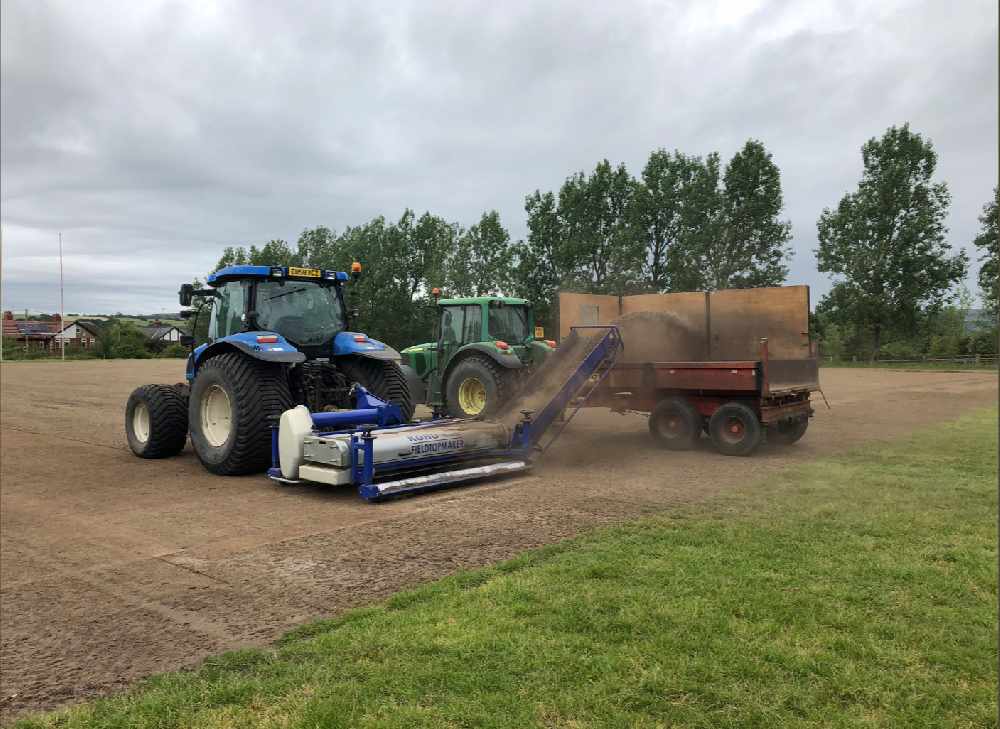 Preparations are well underway at Glossop Rugby Club’s Hargate Hill ahead of next season - although a clear date has yet to be confirmed by league officials.

As part of the remedial works carried out on the pitch over summer, BPG Contractors have been brought in to give the surface a a new lease of life in preparation for the Hillmen’s campaign.

And drainage work has also been taking place thanks to a group of volunteers, with the embankment drain being replaced and extended, and new drains being laid.

It’s been a strange and challenging summer for the club, as the first and second team both achieved promotion but were unable to celebrate in person.

Due to the nationwide lockdown, the season was ended prematurely and and the first team finished second in the North Two West, subsequently promoting them to the North One West, while the second team also clinched promotion from their division.

Depending on how next season materialises, the first team could lock horns with the the likes of Stockport, Altrincham Kersal and Northwich.

Meanwhile, the Glossop Amazones - which includes the women’s first XI, U18s, U15s, and U13s - are also relishing the chance to return to action.

But for the time being, they have been keeping themselves fit and healthy whilst raising a huge amount of money in the process for Little Angels Nursery in Stalybridge.

As part of a 24 hour runathon, members of the team and some of their relatives pounded the pavements to raise funds for the nursery, which has been financially hit by the lockdown.

The challenge began just before midday on May 30 and finished 24 hours later.

Such has been the response from the general public, there are now suggestions that it could become an annual event.

The donation page is still active, and those wishing to contribute can do so via the following link: https://www.crowdfunder.co.uk/little-angels-needs-you/backers#start