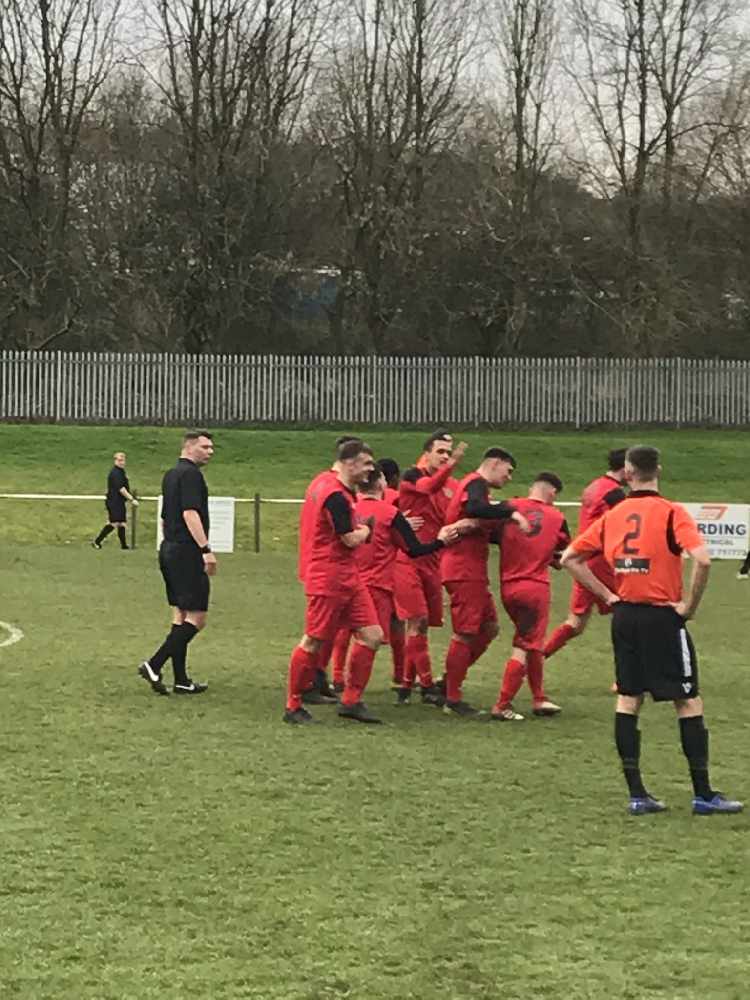 The Millers recorded back-to-back victories with a comprehensive win at Abbey Hulton United, blowing their hosts away with a scintillating first-half performance that saw them go into the interval five goals ahead.

Joint-bosses Mike Norton and Dave Birch had been busy in the build-up to the game, adding no fewer than five players to the squad - two of which, Dave Carnell and Danny McLaughlin, were in the starting line-up with Adam Gardiner on the bench.

Tommy Lent, Nat Kerr, Harry Norris and skipper Mason Fallon made up the back four in front of Carnell, while in a formation change, Will Ozono, Kyle Oakes, James Neild and Jake Pollard made up the midfield. After scoring twice at Cammell Laird in the previous game, Benito Lowe retained his place in attack alongside McLaughlin.

The Millers started brightly, Lowe going close in firing just over on four minutes, and they did not have long to wait in taking the lead. A back pass to Joe Mellor in the Abbey Hulton goal looked simple for him to deal with, but he mis-kicked his clearance and gave Jake Pollard the simplest of tasks in slotting into an empty net to give his side the lead. Having been injured in his contribution to the goal, Mellor was replaced by the Abbey Hulton back-up keeper.

On 19 minutes, the lead was doubled. Ozono crossed from the right and debutant McLaughlin took the ball down well before slotting home from six yards out. He doubled his tally on 23 minutes when Pollard’s free-kick was headed back across goal by Harry Norris, giving him the opportunity to volley in from six yards out.

Ten minutes later and it was four, Lowe sent a rocket shot that rebounded back from the crossbar and Pollard nodded in from close range for his second of the afternoon. Barely a minute later and four became five, as a left-wing cross taken down by Lowe and he scrambled home his fourth goal of the season.

Inevitably, the Millers struggled to maintain the tempo in the second half and the home side pulled a goal back five minutes after the break, as Josh Graham raced clear of the Millers defence and fired past Carnell.

The home side were lifted by the goal and the Millers were forced to consolidate for a period before, on 65 minutes, Neild put the result beyond any doubt, curling home a wonderful free-kick from 25 yards. Jack Wakefield replied immediately for the hosts, but the Millers were able to see the game out comfortably and take the three points back to Church Lane.

The Millers' joint-manager Dave Birch was happy with his side.

"In the first half, we were fantastic," he told New Mills' media team. "Five goals ahead after half an hour and it could easily have been more. We knew the second half was going to be difficult and that they would have a go at us, with nothing to lose. In the end, it was a big three points and we're proud of the lads today."