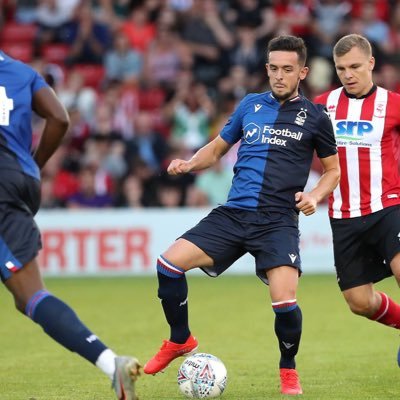 Professional footballer Zach Clough has given Denton Town FC a major boost during the coronavirus lockdown.

The former Audenshaw School pupil, who is currently contracted with Championship outfit Nottingham Forest, donated £250 to Denton's Crowdfunding page to help with running costs at Whittles Park during the lockdown.

And the anonymous £250.00 was local professional footballer @ZachClough!! What a gesture!! Everyone at the club says a massive thanks! Maybe get some of your fellow colleagues to follow suit 😂

Like all clubs below the Football League, Denton's season was ended prematurely following the coronavirus outbreak. They finished 9th in the Cheshire Football League Division One and also reached the Manchester Challenge Trophy Final at Hyde United's Ewen Fields, losing 3-1 to Heyside in February.

Although the season has just come to a close, the club is on the lookout for people to take up a number of roles next season, including a goalkeeper coach, physio, kit man, social media manager, and photographer.

Clough, 25, hasn't made a first team appearance for Forest in over two years. He has spent time on loan with Bolton and Rochdale in League One.

After signing for Forest on a four-and-a-half-year deal on deadline day in January 2017, the striker made his debut against Aston Villa and appeared 14 times in the 2016/17 season, scoring four goals - one of which came in the East Midlands Derby against Derby County at the City Ground.

Forest have since had three managers, ncluding Aitor Karanka, Martin O'Neill and current boss Sabri Lamouchi, which may explain why Clough has found it difficult to establish himself as a first team regular.

The FA and EFL are currently in the process of discussing what should happen with the current season amid the coronavirus outbreak. All English football was suspended last month, with the Premier League and EFL announcing at the time that fixtures will not resume until April 30 "at the earliest".

Forest are currently fifth in the table and look to be on course to secure a playoff position - but only when and if the season resumes.

Those wishing to donate to Denton Town FC's cause can do so via the following link: https://www.justgiving.com/crowdfunding/dentontown