Piergianni is raring to go with Oldham 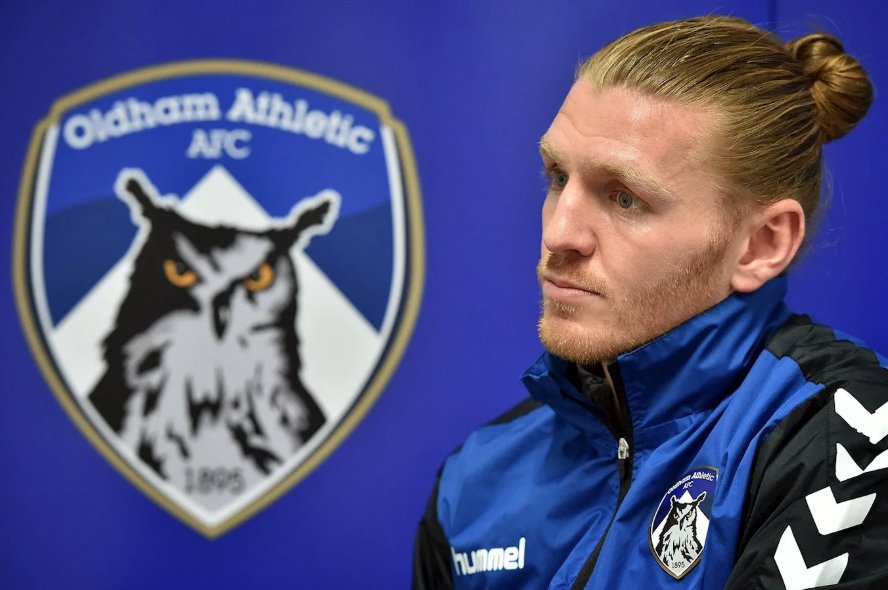 Following his arrival from Salford City on a loan deal until the end of the season, Oldham Athletic defender Carl Piergianni is relishing the chance to prove his worth at Boundary Park.

The former Stockport County player joined Salford in 2017 and in his first season with the club won the Supporters’ Player of the Year award.

He scored 12 goals for the Ammies last season and, in the process, helped them to a second promotion in as many season.

However, he has found game time hard to come by this season and has therefore took the opportunity to go out on loan.

Speaking to Oldham's media team, he said: "I’ve been waiting for a little while now so it’s been great to get in the building, meet everyone and get started and hit the ground running. I’ve enjoyed my first day and looking forward to a good week of training before the weekend."

"I was on the bench for Salford and just being around the stadium - it’s a great stadium - just seeing the support that Oldham get to games is fantastic and that really appealed to me and it was something that made me want to come and join the club.

"I think the club itself has a great history. I think everyone knows how big of a club this is and it’s in a false position at the moment I think so to come to a club like this with such rich history and great support was a no brainer for me and hopefully I can come here, play some games and hopefully drive the club to where it needs to be.

"I was at the Salford game and I know how talented this squad can be and I think once they get a bit of confidence and a few results behind them I think they can definitely be in a much better league position than they are now."