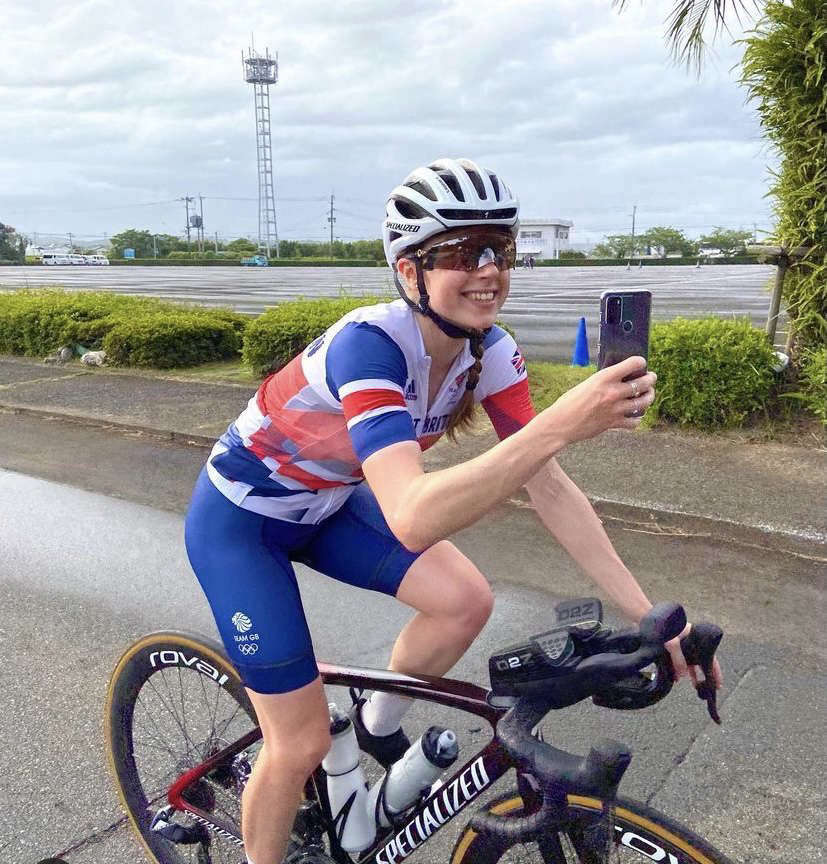 Former Ashton Sixth Form student Georgia Taylor-Brown has been awarded an MBE for services to triathlon.

The 27-year-old scooped a silver medal in the women’s triathlon at the Tokyo Olympics, before going on to secure a gold medal whilst representing Great Britain in the triathlon mixed relay alongside Jess Learmonth, Jonny Brownlee and Alex Yee. The achievement – the first time the mixed relay had been included in the Olympic Games -  was made all the more special considering Georgia had to prove she was fit enough to compete a week before flying out to Japan after suffering a leg injury which left her on crutches.

What’s more, Georgia defied the odds in the women’s triathlon after overcoming a puncture to her back tyre just a kilometre away from the from the end of the 40km bike ride. Georgia recovered from the setback and went on to storm past the group, earning a deserved place on the podium.

Georgia, a former pupil at Fairfield High School for Girls, Droylsden, was named amongst a string of other notable sports stars in the New Year’s Honours List, which included tennis sensation Emma Raducanu, who also received an MBE after becoming the first British woman to win a Grand Slam singles titles since Virginia Wade at Wimbledon in 1997.

On top of her outstanding sporting achievements, Georgia has also led the way in terms of inspiring the next generation of athletes, with regular visits to schools across the borough in conjunction with the Tameside School Sports Partnership.

After receiving the prestigious honour, Georgia was inundated with messages of congratulations. Emma Toone, Games Organiser at the Tameside School Sports Partnership, heaped praise on Georgia and told Reporter Sport: "What an inspiration Georgia is. She has worked with the School Sports Partnership over many years, initially as a Young Ambassador nominated by her school, Fairfield High School for Girls, inspiring primary school pupils to be more active and healthy, and then as an athlete ambassador visiting schools in Tameside showing off her triathlon medals and trophies telling children how, even with injury setbacks, you can achieve great things.

"Georgia has always given back to the borough who supported her by attending sports awards and motivating others and it's so exciting to now see her as a successful olympian and now an MBE. She is so committed to her career and so modest about her amazing success.

"I remember a Powerpoint she showed me that she had done for her mum and dad aged nine, saying how one day she wanted to become an olympian - how true that was.'

Georgia has since gone on to scoop another accolade, this time in the Chevin Chase on Boxing Day 2021, becoming the first female to cross the finish line in 45.07. The race is described as a hilly, multi-terrain challenge that starts and finishes in Guiseley via a scenic 7 mile circuit of Otley Chevin.