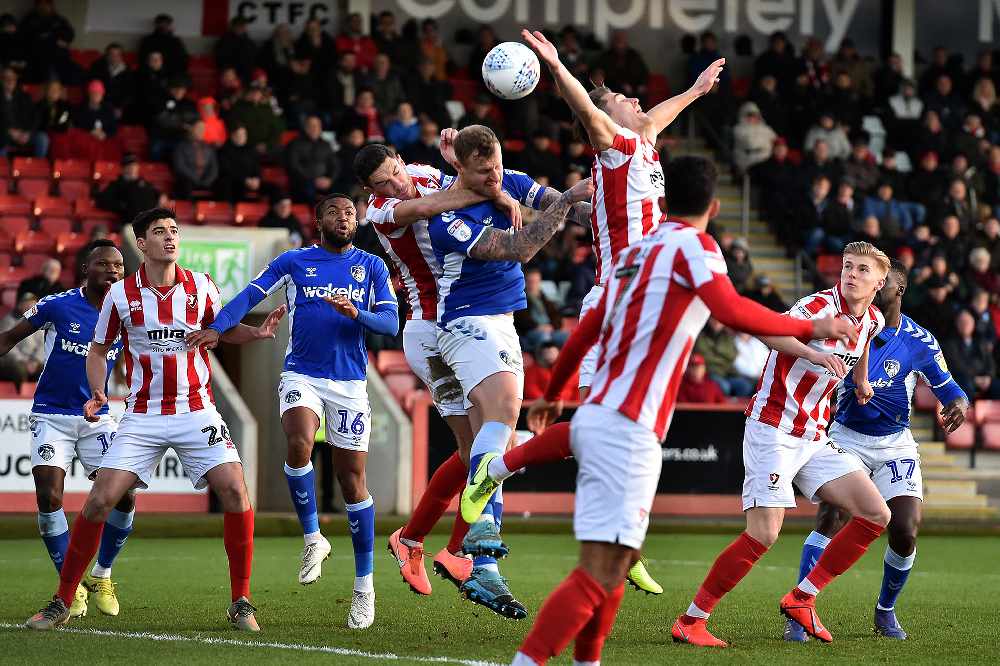 Cheltenham made sure it has been a miserable start to the decade for Oldham both on and off the field as the Latics lost 3-0 to make it three defeats in a row for Dino Maamria’s side.

Both teams had chances in the opening stages and a clever piece of play by Cheltenham nearly saw the deadlock broken, as Max Sheaf played a clever through ball to Tahvon Campbell and the striker put a low cross back but Sheaf’s effort went wide.

Cheltenham were showing why they were in the hunt for promotion and on the 32nd minute, they made their pressure pay. The goal saw Campbell and Sheaf link up again but this time the Hull loanee made no mistake as he slotted the ball past Zeus de la Paz.

Oldham should’ve been level almost instantly after Gevaro Nepomuceno, making his first appearance since his loan deal at Chesterfield, raced down the left and delivered a good ball which fell to Zak Mills who from just yards out managed to smash it over the bar.

Just before half-time, the hosts thought they had a two-goal cushion to take into the break. De la Paz’s clearance was miss-kicked and it landed straight to Alfie May who calmly slotted the ball into the empty net but the referee blew his whistle and disallowed the goal for a handball in the build-up.

The second-half started in the same fashion as Oldham struggled to keep the ball and were being outplayed by their confident hosts. Sheaf almost had his second goal of the game as he tried an effort from just outside of the box with the ball going just wide.

May did have his goal in the 75th minute as Cheltenham went 2-0 up and ultimately killed the game. May was slotted in by Campbell and as Mills got in to make the tackle the ball deflected off of David Wheater back into the path of May who tapped into an empty net.

Cheltenham had their third in the 95th minute as Broom was allowed too much time inside the Latics area to produce a skilful turn and slot his effort into the corner past De La Paz.

It rounds off a tough week for Oldham after their defeat at home to Scunthorpe on New Years Day and also fan protests against the club’s ownership making the headlines.