Oldham slip up against Scunthorpe 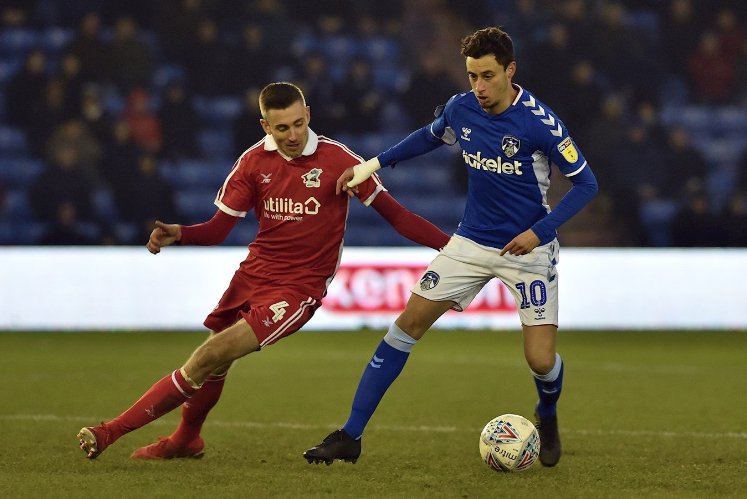 Oldham started the New Year with a disappointing 2-0 defeat to Scunthorpe United.

In a game that attracted a concerning figure of 2,972 to Boundary Park, Scunthorpe broke the deadlock in the 35th minute when Abo Eisa cut in from the left and hit a fierce effort which flew into the far corner, before Matthew Lund sealed the points in the 83rd minute after capitalising on a loose ball at the back post and firing past Zeus De La Paz.

The result leaves Oldham nine points above the relegation zone, ahead of Saturday's fixture at playoff-chasing Cheltenham Town.

Oldham entered the game having suffered a 4-1 defeat to Salford City three days earlier, and they struggled to get going in the opening 45 minutes against a Scunthorpe side which had lost their previous two games.

The hosts' best effort came in the 29th minute when a long throw-in from the left found Desire Segbe Azankpo, but after finding space in front of goal he smashed his effort wide of the target from a tight angle.

Oldham came to rue the missed chance as Scunthorpe took the lead on the stroke of half-time when Eisa rifled an unstoppable effort past the helpless De la Paz.

The visitors pressed for a second and they came close on a number of occasions in the early stages of the second half. Eisa smashed over the bar when he should have done better, before John McAtee's drilled effort was well saved by De la Paz.

However, the Iron finally got their reward with seven minutes of the game remaining, as a corner made its way to the back post and Lund poked home to seal the points for Paul Hurt's side.