Lessons to be learnt as Oldham slip to another defeat 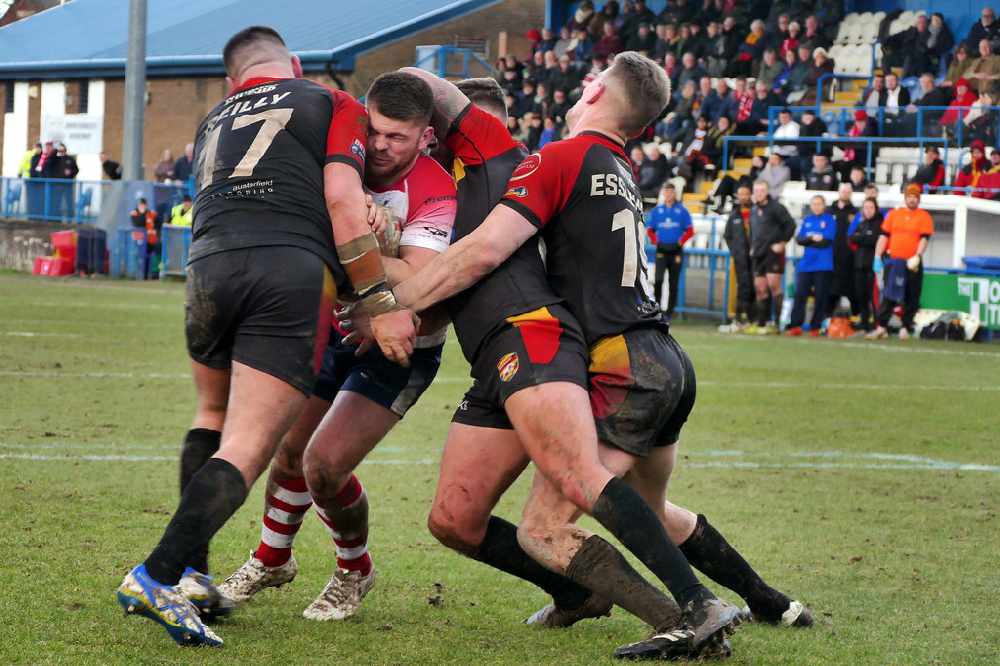 Matt Diskin's men tried desperately hard in pursuit of Oldham's second Betfred Championship win, but in the end they were out-thought and out-manoeuvred by Dewsbury's veteran halves Paul Sykes and Liam Finn and outplayed by the Yorkshire club's backs, who scored three of their four tries.

In the Roughyeds' previous defeat by Bradford Bulls, it was the forwards who struggled to contain the likes of Sam Hallas, Steve Crossley and Joe Cator, all of whom grabbed tries by running through or over the home pack, which toiled to keep the bigger Bulls men at bay on the goal line.

This time, Oldham's forwards generally did much better in goal-line defence and faced up to the likes of Luke Nelmes, Chris Annakin and the powerful Connor Scott with guts galore and no small amount of success.

It was the Rams' backs who did the damage this time, capitalising on the first-class game management by Sykes and Finn to score tries by right wing Andy Gabriel, full-back Joe Martin and blockbusting left-wing Will Oakes.

Roughyeds had first use of the slight, yet deceptive, slope and went ahead at 6-0 when Rams made a rare error from the scrum and Ryan Ince capitalised with a try in the corner which Dan Abram converted off the touchline.

Rams hit back with a spectacular try in the corner by athletic winger Gabriel which Sykes improved to level things up.

It was 6-6 at half-time but Rams had use of the slope to come and it was their 'old men' at half-back, Sykes (36) and Finn (38) who had the experience and know-how to make the most of that advantage.

They pinned Roughyeds down in their own half, enabled Rams to get well on top and made the game safe with tries by Scott, Martin  and Oakes to condemn Oldham to their fourth defeat and their third loss at Bower Fold.

It's early days yet and Roughyeds still have 22 of their 27 games left to play, including their "extra" fixture against Swinton Lions at Summer Bash in Blackpool.

At a conservative estimate they will need another six or seven wins to stay up so all is not lost.

They won't be expected to win at second-placed Leigh Centurions on Saturday week (3pm), but they will be anxious to do the business against York City Knights on the last Sunday of the month, March 29 at Bower Fold.