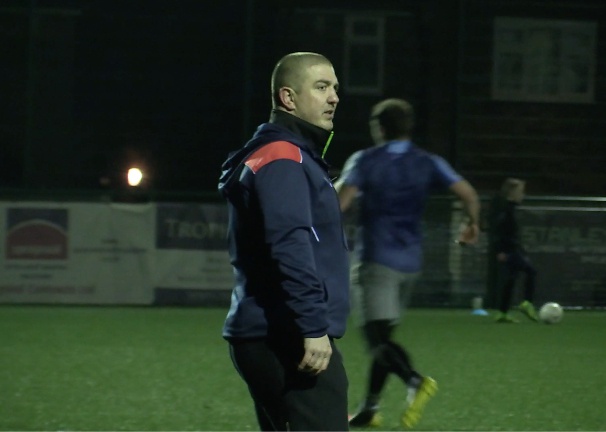 A long, tough Betfred Championship season lies ahead and Oldham’s new head coach Matt Diskin (pictured) will get his first glimpse of his squad in action at Barrow Raiders on Sunday (2pm kick-off) in a pre-season warm-up match.

Roughyeds have travelled to South Cumbria for this opening pre-season game for the last few years, happy in the knowledge that they’re going to a club and a team that will provide a tough first-game challenge on a trip that will also be good for team bonding on the way back.

Oldham won 24-10 last year when they were in Betfred League 1 and the Raiders were in the Betfred Championship.

The roles are reversed this time, Roughyeds having won promotion to the second tier and Barrow having been relegated with Rochdale Hornets, whom Diskin’s men take on at the Crown Oil Arena for the Law Cup on Sunday week, January 12.

First things first, though, and Barrow will provide a stern challenge. Coach Paul Crarey has said: “We’ll be ready for a brutal contest. Oldham are very physical so we’ll prepare for a tough battle up front and a big test for our middles.”

In a similar retirement decision to that made by Ritchie Hawkyard, former Raiders captain Martin Aspinwall did a U-turn shortly after the start of pre-season training and announced his body could no longer withstand the rigours of professional rugby league.

Hawkyard is one of six players who turned out in the Oldham side that clinched promotion with that mesmerising win against Newcastle Thunder to have left the club since that never-to-be-forgotten day.

‘Titch’, Paul Crook and Scott Law have retired as players; Zack McComb has gone to Sheffield; Emmerson Whittel will be playing in Australia; and Jimmy Becket, who scored the winning try, was on loan from Featherstone and is now back there.

There are lots of new faces, headed by Diskin himself, his No. 2, Brendan Sheridan, and the club’s new strength and conditioning coach Tim Abeyie, a former international sprinter.

To nudge the memory, Worthington (20) has played on loan with Toulouse Olympique, Workington and Rochdale; Hutchings (also 20) has played in the Saints under-19s side for the past three years; Abram (24), son of former Oldham centre Darren Abram, has arrived via St Helens, Barrow, Whitehaven and Rochdale; Charnock started at Saints, spent time on loan with Bradford Bulls and then had three years at Barrow where he built a reputation as a tough, direct half-back.

Sheriffe and Igbinedion come in for Scott Law, now retired and living in Australia, and for Emmerson Whittel, who will be playing in the Perth region of Western Australia.

In addition, three players who were on loan last year are now on contract — Declan Kay, Harry Aaronson and Adam Brook.

Even so, there’s a lot of new faces and new ideas in the Roughyeds’ squad of 2020 and in the team behind the team.

It all starts on Sunday - a new year, a new decade and a new era for the Roughyeds.