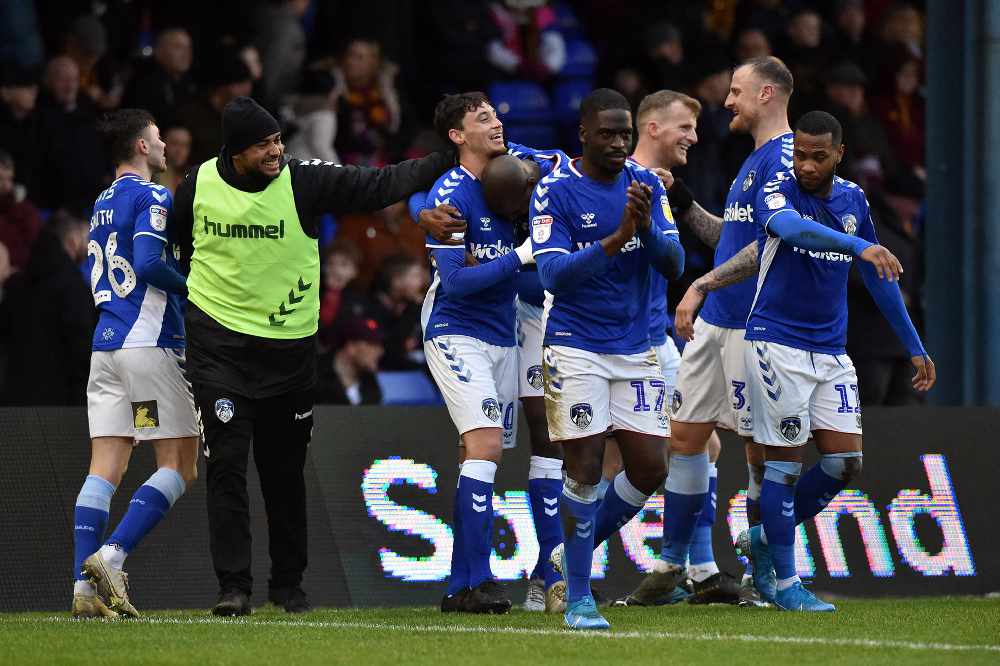 It seems the good feeling is slowly starting to creep back at Boundary Park after a good January transfer window and now some good results for Oldham Athletic.

They were the better team over the weekend as they comfortably beat Bradford City 3-0 at home on Saturday.

Kick-off was delayed until 3:30 pm at Boundary Park after an advertising board became partly dislodged and had to be removed.

Oldham were the quickest team out of the blocks and they were rewarded for their fast start on the 10th minute. Anthony O’Connor lost his footing and slipped to the floor allowing Zak Dearnley to knick the ball and run through on goal. He did brilliantly to open up his body and curl the ball past the Bradford keeper and put Oldham 1-0 up and get the first goal of his loan spell.

The Latics doubled their lead after 20 minutes when Gevaro Nepomuceno teed up Smith on the edge of the box and he produced one of his trademark efforts on his left foot as he curled in a delightful shot.

Danny Rowe was denied his first goal at Boundary Park after forcing a brilliant stop by Bradford’s number one. Rowe ran at the Bantams back four before unleashing a fierce shot that stung the gloves of Richard O’Donnell.

Just before half-time, Dearnley had to be replaced by Mohammed Maouche due to injury which was the only sour note for Dino Maamria’s side. But Maouche made it 3-0 before half-time. A long ball was flicked into the path of Maouche who had a tight angle but still managed to slot the ball through the legs of the rushing O’Donnel.

In the second-half Oldham continued to dominate and they almost had a fourth. Skipper David Wheater beat the keeper with his diving header but there was a Bantam defender on hand to block the ball on the line and prevent the goal.

Throughout the half, the impressive O'Donnell kept out efforts from Smith, Nepomuceno, Maouche and Christopher Missilou to keep the score at 3-0 as the Bantams had a day to forget.

For Oldham, it’s two wins from two as they move up to 14th in the table.

After the game Oldham boss Dino Maamria said: "It was very good, we didn't concede and I love keeping clean sheets because I was disappointed on Tuesday with conceding in the last kick of the game.

"The way we started the game was tremendous and the team keeps growing in confidence and belief.

"We had 26 shots and I think they got away with 3-0. I can't believe in the second-half we didn't score more goals but that's not down to a lack of effort because their keeper made some unbelievable saves and the ball didn't fall for us at times.

"But as an attacking threat as a team we were outstanding. We played good football through the thirds which is something we've been working on.

"It's good to have a settled team together. The only negative being Zak Dearnley's injury, who came off after having a brilliant start and getting his first goal of the season.”