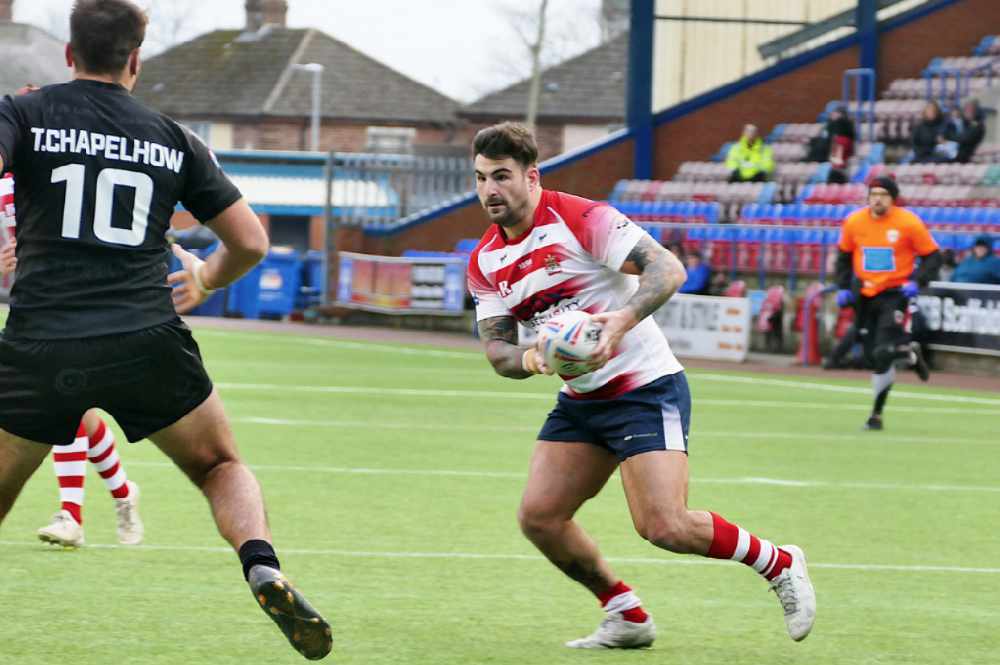 The Roughyeds of Oldham, whose fan base is gradually growing with help from the rugby buffs of Stalybridge, Glossop and the wider Tameside region, will be hoping for a change of luck when they clash with Bradford Bulls at Bower Fold on Sunday (3pm).

They played badly in this fourth-round Corals Challenge Cup tie at Widnes Vikings and were comprehensively beaten by nine tries to two.

No excuses . . . Roughyeds were totally out-gunned and out-played by a better side. Oldham's one-on-one tacking and general defensive work was particularly weak.

Two undisputed facts though need to be considered.

1: The Challenge Cup isn't a priority this season for a newly-promoted club which will have enough on its plate striving to stay in the Championship by finishing above the bottom two.

2: Due to circumstances beyond his control Matt Diskin had to field a side that showed numerous changes and to make matters even worse Roughyeds were two men down for most of the second half because of injuries to Matthew Fletcher and Ben Davies.

In fairness, the newly-promoted club's whole focus this year is on finishing outside the bottom two and that's what everyone wants --- chairman, management group, coaches, players and, most important of all, the fans.

On top of that they went to Widnes, a classy side with top-five ambitions, without dual-reg centre Jack Croft and on-loan forwards Titus Gwaze and Jimmy Beckett. who would all have been cup-tied had they played and therefore unable to turn out for their parent clubs if required to do so later in the competition.

Additionally, Adam Brook and Lewis Charnock formed a new half-back partnership; centre John Hutchings and prop Ben Davies turned out for the first time this season  after long-term injuries; and James Worthington again missed out after failing a late test on a groin injury.

Oldham were 30-0 down and half-time was approaching before they saw much of the ball and it was in their best spell that they twice won back-to-back sets and applied the pressure that led to Dan Abram's try, which he also converted.

They didn't score again until the last play of the game when Widnes lost possession with a rare handling error and Danny Langtree was left with the simple task of picking up the loose ball and racing away to the line. Abram again converted.

Stand-off Charnock, prop Phil Joy, second-rower Danny Bridge and replacement hooker Matty Wilkinson were Oldham's best on a day when little went right for a Roughyeds side that won't want to know how many tackles they missed.