Oldham Have To Settle For A Point 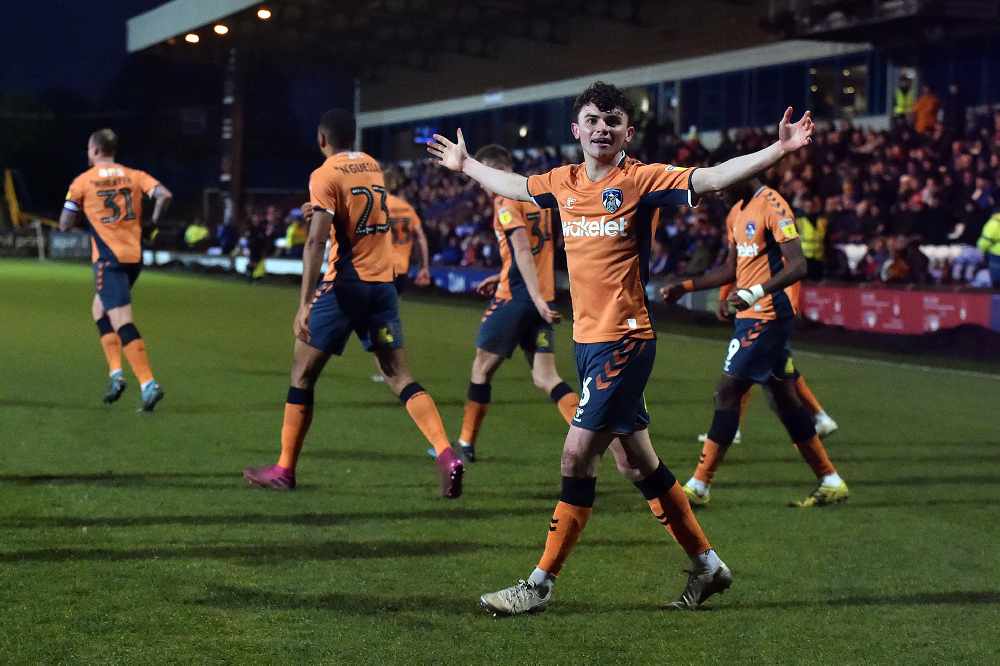 It was a sickening end to the game for Oldham as they drew 1-1 at Macclesfield Town after conceding a controversial penalty in the 89th minute.

Coming into the game Oldham had lost three games in a row including a 4-1 loss at home to Salford City. Macclesfield have had their fair share of problems as they are without a manager and the club have serious financial problems which have resulted in a six-point deduction this season.

The game started in even circumstances with both teams having few chances. Macclesfield’s best chance came in the 18th minute when Arthur Gnahoua found himself unmarked and straight through on goal but a poor first touch allowed Gary Woods to come and deny the forward.

Oldham had a corner which found Mohammed Sylla who sent a looping volley towards goal but his effort landed on top of the net.

Moments later Macclesfield went close again as Gnahoua dribbled with the ball before cutting inside from the left and he released a strike on goal, but his effort smashed the post. And that summed up the first half in what was becoming a dull affair for the spectators.

Oldham looked a bit better in the second half and should’ve been in front on the 55th minute as the hosts failed to clear a corner and the loose ball came to Tom Hamer's feet six yards out but he somehow blazed over the bar.

Oldham took the lead and thought they had won the game as Jonny Smith cut inside from the right and sent a shot that was too powerful for Reice Charles-Cook although many will feel he should’ve saved it.

Macclesfield were awarded a penalty in the 89th minute as David Wheater blocked a shot on the line but the referee controversially adjudged the defender to have used his arm and awarded the penalty and showed Wheater a straight red card. Joe Ironside stepped up and slotted the penalty home. Ten-man Oldham held on through eight minutes of stoppage time.

After the game Oldham boss Dino Maamria said: "In the second-half we were tremendous, we boxed them in and it was hard for them to come out of their own half and rightly so we got the goal.

"We were on the front foot and were showing all the things we've not been doing in the last couple of games which was really pleasing to see.

"To be robbed for those two points it's really hard to take. He kind of apologised to me after the game.

"It's a series of errors leading up to decision though and it's obvious to see that Wheater clearly back heels the ball and with the referee far from the situation he initially waves play on, no penalty. Then Macclesfield gang up on him and he changes his mind and gives the penalty.

"I don't understand that. We can't do anything about it now, we've just lost two points and it's disgusting."