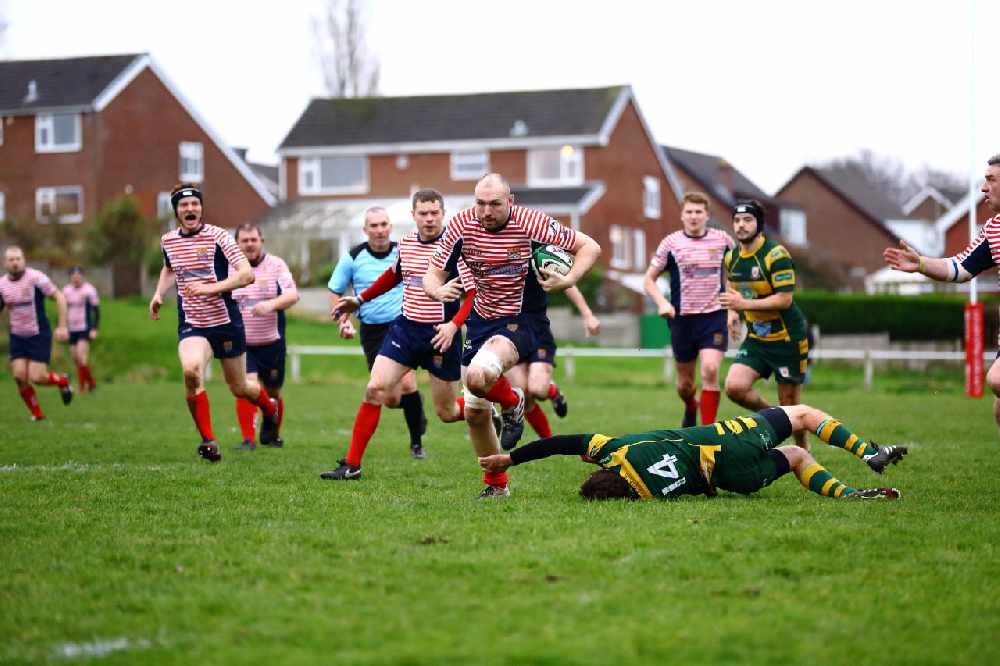 As expected West Park were full of energy and were on the offensive early on. But the Oldham defence was much better organised and disciplined than last week and the early assaults were dealt with quite comfortably. Oldham were unlucky though when a West Park player disrupted a driving maul when he changed his bind and forced a knock on. West Park took full advantage of their good fortune and spun the ball wide from the scrum and got outside the Oldham midfield defence and scored a decent try in the corner. An excellent kick from the touchline made the score 7-0. 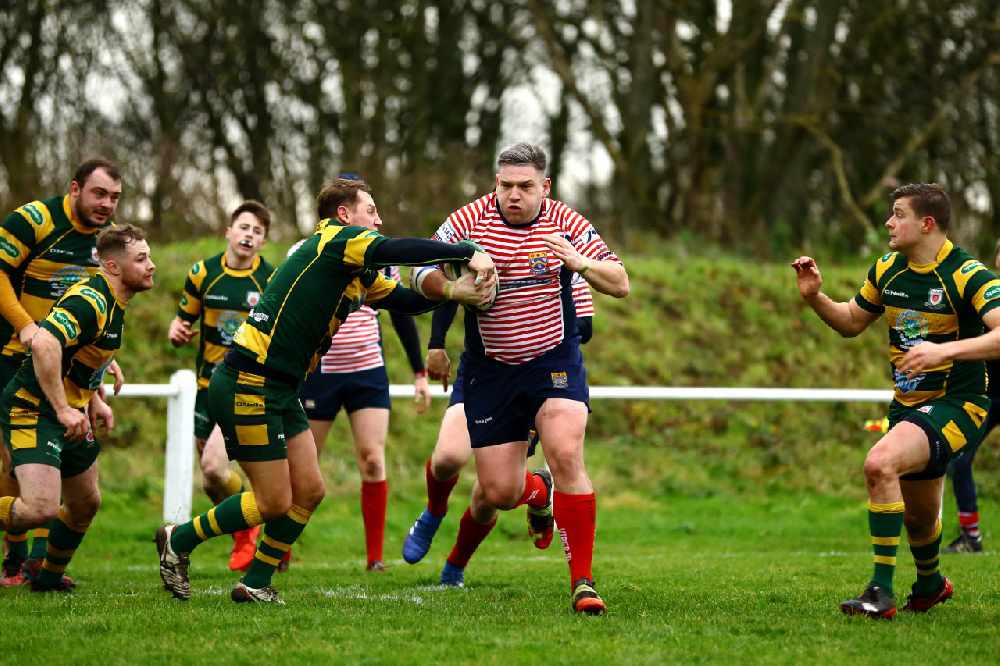 Oldham were not deterred by the early set back and started to put some impressive phases together. The pack looked powerful and organised and were retaining the ball and regularly making ground. The pressure mounted and West Park were struggling to keep them at bay. They tackled tenaciously but Oldham’s persistence eventually paid off when Watson forced his way over following a series of pick and drives in the 22. Megram’s conversion made the score 7-7. The Oldham pressure continued in a similar vein and they took the lead when Pickles forced his way under the sticks after further good work from the pack. Megram’s conversion made the score 7-14.

Oldham were on top for the rest of the half and really should have added to the score line but the old white line fever kicked in on several occasions when individuals had better options available.  The halftime score was 7-14.

West Park changed their game plan at the start of the second half. They realised that the Oldham pack were on top and focused on territory and field position rather than fire power. They have a good lineout and kicked with some intelligence to regularly gain good yardage and pin Oldham in their own half.

Disaster struck for Oldham when they received a red card for a swinging arm followed shortly afterwards by a yellow. West Park took advantage of their numerical superiority and scored a short range try to make the score 12-14. The conversion went wide but West Park took the lead shortly afterwards when they converted a penalty in front of the posts to make the score 15-14.

This sparked a response from Oldham as they broke from half way but West Park scrambled well to thwart the initial attack. But Oldham got there in numbers and were able to keep the attack going and they took the lead 15-19 with the clock running down. So it came down to game management with about four minutes on the clock. Oldham had possession on half way but rather than keeping hold of the ball they hoofed it into the 22. In fairness it was a decent kick but the chase was shocking and Oldham just didn’t reorganise and stood as statues as they expected the lonely defender to hoof the ball to safety. But he only had to beat one man and did so easily and shot off toward his 22. 15 seconds later West Park had gone the length of the pitch to secure victory with the conversion making the final score 22-19.