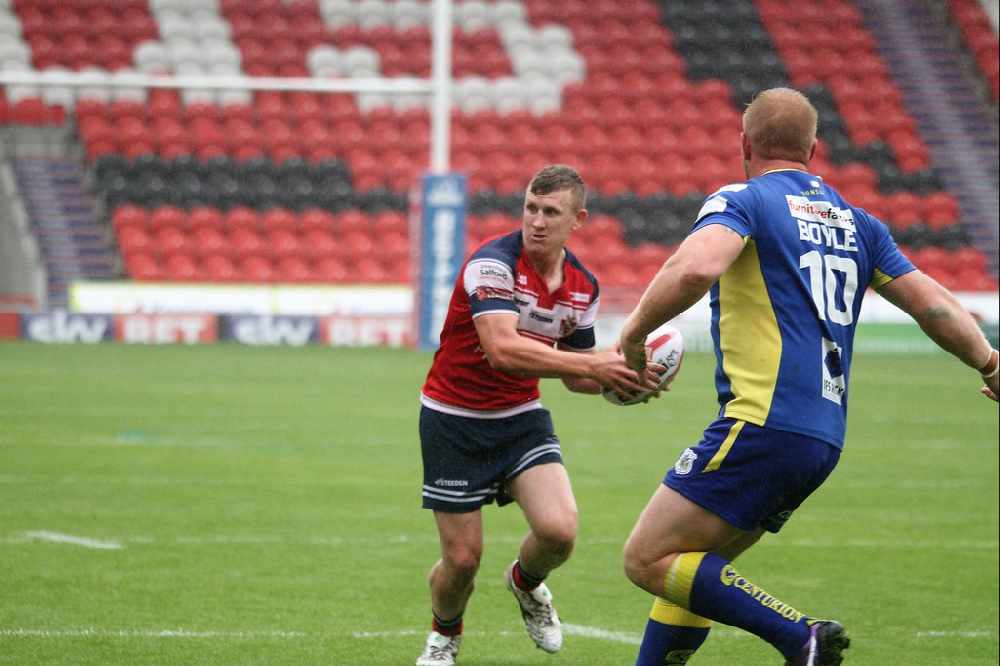 Oldham RLFC captain Gareth Owen will supplement his personal training during this pandemic by leading a team from Waterhead ARLFC on a major fund-raising challenge in Yorkshire.

Himself a former Peach Road protege, the Oldham skipper looks back on his Waterhead days with  affection and gratitude for the way he was tutored as a boy to launch a career which saw him play 32 Super League games for Salford before moving to Oldham and becoming a proud captain of his home-town club.

When an opportunity arose to get involved in Waterhead's big challenge to raise up to £8,000 for one of their own, Owen jumped at it.

He will team up with four current Waterhead players on Saturday to do a sponsored walk up Pen-y-Ghent , Whernside and Ingleborough, in the Yorkshire Dales National Park, to raise money for the grandson of a former Waterhead legend, the late Steve Webb.

Thomas Lees, who's in his late teens, suffers from cerebral palsy and is in urgent need of a hi-tech communication device so he can communicate his needs effectively, socialise with family and friends, make decisions for himself and have a 'voice' of his own.

Thomas's grandma, Shirley, known to him as 'Nanna', instigated the fund-raising event, acquired the quote for the communication device and is spearheading the appeal.

Owen will do the Three Peaks Challenge with his pals and current Waterhead players Mitchell Birch, Matty Holland, Dale Lowe and Jenson Hamilton.

He said: "This is close to everyone's heart at Waterhead. Thomas's late grandad, known to everyone as 'Webby', was a Waterhead legend and the whole family are always at the club.

"I think the fund stands at about £1,600 to date. We have a lot of work to do but every penny counts.

"Steve Webb was proud of his club and proud of his family. He was a key member of the Waterhead side that won trophies under the command of the great, late Ken Wilson and when his playing days were over he became a key man in the famous Waterhead gym that has produced so many great players.

"Sadly, 'Webby' is no longer with us but he will never be forgotten in local rugby circles and he would be proud and touched to know what the Waterhead club is now doing for his grandson."

The son of Steve and Trudy Lees, Thomas has supported his grandad's club all his life and his twin brother Jimmy has also played for the club.