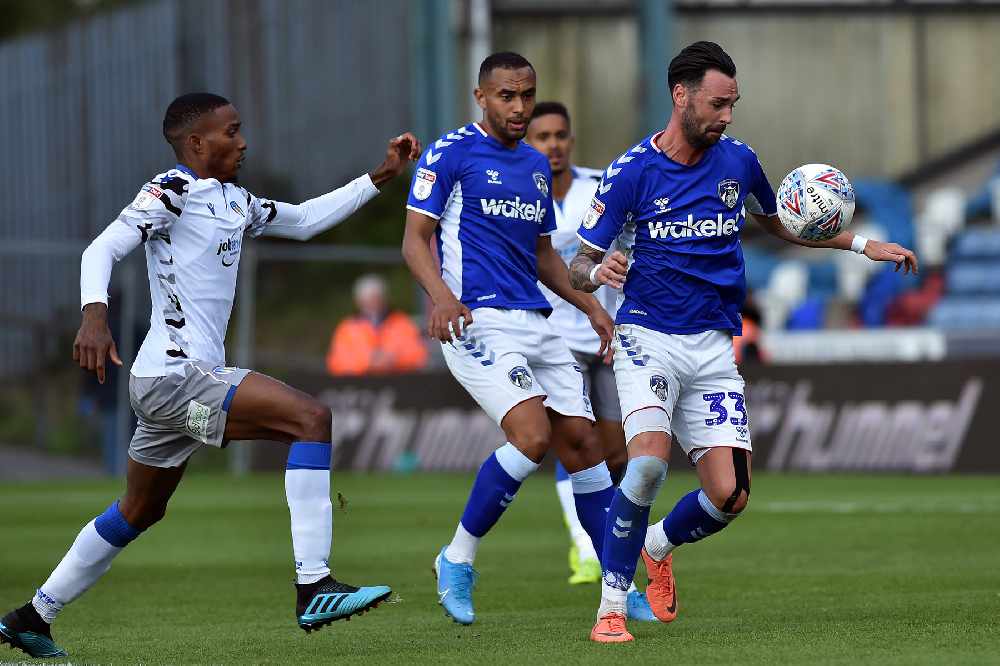 Oldham Athletic suffered an agonising defeat at Boundary Park as they lost 1-0 to Colchester United.

Oldham started brightly and most of their attacking intent came through former Manchester United player Chris Eagles. On the 7th minute Oldham should have been 1-0 up after a dazzling run from Eagles saw him set up Mohammed Maouche but he could only drive his effort onto the post.

Moments later, Oldham had another brilliant chance to take the lead as Christopher Missilou stormed Colchester’s defence and the ball found its way to Maouche but his shot as blocked accidentally by Scott Wilson.

Oldham were arguably playing their best football so far this season and on the 24th minute, they should have taken the lead. Maouche played in Dylan Rage who drove the ball across goal but Wilson couldn’t get a touch on the ball to turn it into the open net.

Oldham’s missed chances came back to bite them as on the stroke of half-time Colchester were ahead. Luke Norris played a delightful ball over the top of the defence and Frank Nouble made no mistake as he slotted the ball under Oldham keeper Gary Woods.

Early in the second half, Oldham were nearly level Tom Hamer’s long throw found the head of Missilou but his header went just over the visitors’ goal.

Colchester should have extended their lead as Senior ran at the Latics defence before slotting Theo Robinson in on goal and his shot hit the bar before Norris’ strike was saved by Woods.

Late on Eagles whipped a great delivery into the box and Maouche could only head wide from a promising position.

After the game, Oldham boss Laurent Banide said: "We are all frustrated of course, because we thought we'd played better this week. It was a better performance.

"I don't know how we didn't score a goal. We needed to be better when we had chances to take a goal.

"We need to continue playing like this, but of course we need goals. We need at least one or two each game.

"The players worked hard for that, and everybody is trying to get better step by step.”