Oldham and Newcastle to lock horns in play-off final 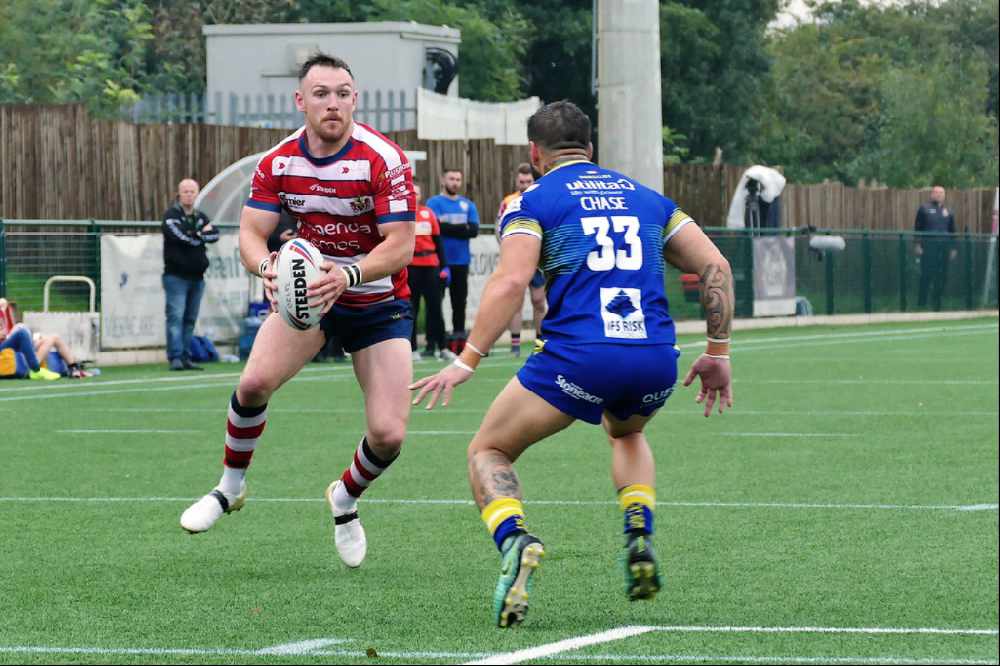 Thunder and former Roughyeds on-loan centre Kieran Gill scored a try hat-trick to take his total for the season to 28, and to become the Gateshead/Newcastle club's record holder for most tries in a season, beating the previous best of 25 set by Matt Daylight in Thunder's 1999 Super League campaign.

Tickets for next Sunday's Promotion Final have been on open sale to OLdham's non-season-ticket holders since last Wednesday and will again be on sale each day this week from the Roughyeds office during the following times:

Normal league-match prices apply and the final is NOT all-ticket.

Fans can pay at the turnstiles on game day, but Roughyeds hope they will buy tickets in advance to facilitate a quicker and easier match operation around the turnstiles.

Payment at the office will be by cash or cheque only at these prices:

It's an all-pay, shared-gate final (like a cup-tie), but Oldham's existing seat season-ticket holders can claim their normal seats by calling into the office during the times named above but only up to 6pm on Wednesday, which is the deadline for reserving existing season-ticket seats.

They need to have with them their season-ticket book and voucher D.

Also available for the Roughyeds' biggest match since they beat Keighley Cougars in the 2015 Promotion Final on the same ground, but on a grass pitch with a slope back then, will be hospitality places at a cost of £35 a head.

That includes a seat in the stand; three-course food; pre and post-match interviews and presentations; 24-page, full-colour big-match programme; team sheet and access to a pay bar.

To book call into the office, ring 07904 898177 during the office hours given above; or use the 'enquiries' email address as given on the Roughyeds website.

Win or lose, it will be Oldham's last game of the season and the game in which head coach Scott Naylor waves farewell after seven years in charge.