Off the streets and onto the court 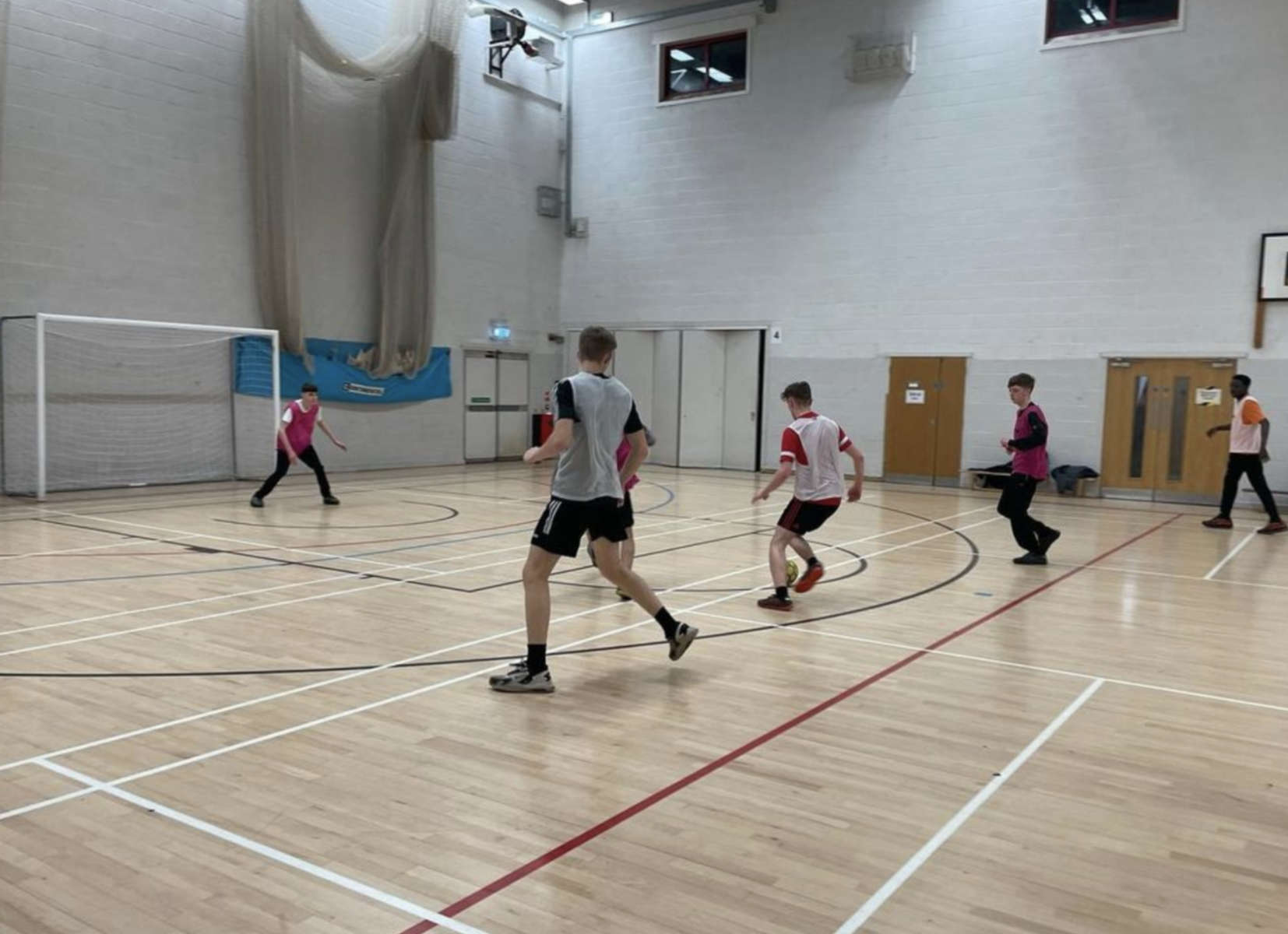 A futsal coach from Dukinfield is encouraging local youngsters to get off the streets and onto the court in a bid to improve community relations.

Russell Fryer, who co-owns Inspired Sports Group, which includes Inspired Soccer and Inspired Futsal, provides free sessions on Friday evenings for boys aged 14-18 who fancy a kickabout in a fun and friendly environment.

The walk-in session, which takes place at Astley Sports Village from 7-8pm, has been well received since its creation and regularly attracts a good mix of ages and abilities.

Russell, who has over 14 years' experience of coaching, launched the initiative to help local lads avoid unnecessary trouble at an age where opportunities, aside from hanging about on a street corner, can be limited without financial support.

Having seen the impact the session has on the youngsters, the Liverpool FC Academy coach is encouraging more lads to come along and sample a taste of futsal, with the added hope of potentially unearthing a hidden gem. Speaking to Reporter Sport, Russell, who created the business alongside Paul Neary just under five years ago, said: "The lads come into the sports hall with whatever clothes they've got on, and I'll have a ball, a scoreboard and the pitch set up ready for their arrival, with music playing in the background. In terms of the reaction, it's been mixed at times because one week nobody turned up, but then the next I had 22 come along. It's a five-a-side game, so we had enough players for four teams which was great. Everybody thinks I'll struggle with them (due to a stigma from coming off the streets), and I did plan for a bit of trouble and prepared myself to deal with issues, but to be fair they just come in, sort their own teams out and get on with it. I provide them with tips and rules of the game, and they're always willing to take it on board to a point where if a new player turns up, they will tell them before I do, so it's working really well and the only shame is that they can't stay in for longer."

Such is Russell's love for futsal, the former Manchester United coach is pushing for the sport to be incorporated into the school curriculum.

Although his attempts have fallen on deaf ears so far, Russell is optimistic that one day, especially with greater exposure on BT Sport as part of a three-year deal, futsal will make it's way into school halls across the country.

The agreement, which kicked off with the first fixture on Saturday 9 October, will see seven weekends of the 2021/22 National Futsal Series Men’s Tier One and Women’s Super Series season shown live on BT Sport.

The National Futsal Series was established in 2019 and incorporates 43 teams in five divisions across England, including both men’s and women’s teams.

Commenting on the TV deal, Russell said: "I think the broadcast deal is a good thing because the sport needs to grow. We've got loads of grassroots football teams in Tameside, so what I wanted to do was get a a mix of players from different teams, spread the word, and encourage them to watch a Super League fixture in Manchester. I took my Wildcats group, which consists of seven and eight-year-old girls, to watch a Manchester United Women's fixture at Leigh Sports Village and they loved it. I asked them if they would like to watch a Women's Super League futsal game and they all started screaming with excitement. I think drawing attention to the sport and bringing more and more grassroots players to a session will work wonders. Once they've been to a session it's very rare that they want to leave, which speaks for itself really.

"I one hundred percent believe the sport should be part of the school curriculum. I ran two tournaments at Copley Leisure Centre, which included six schools, and it was really good and the players enjoyed it. Unfortunately, I think one of the reasons it's not on the curriculum is because they don't have the goals. However, you're only looking at a cost of £500-£600, which I'm sure they could get funding for. The benefits that come with the sport, both physically and mentally, are fantastic. You have to think fast, you're on the move all the time, and the development comes on so quickly compared to football. I honestly can't see a better learning opportunity than to get into futsal from a young age."

Given Russell's enthusiasm and passion for the sport, it's no surprise that his business is growing from strength-to-strength. With an increasing demand for more sessions, Russell has reached the point where expansion is on the horizon. He said: "My next steps are to turn some of those development groups into an under 7s team and an under 8s team. From there, they can compete against other futsal teams and then ultimately join a league. My ultimate ambition is to create an open age adult team, which will include the lads who currently play for the under 16s. I want them to play at a decent, national level, but the thing I have to do now is bring in more coaches as I've reached a point where I'm self-sufficient, where I'm doing what I need to do to earn a living, so I want to expand that into other venues and bring in more coaches. Ideally, I want to get the kids their Level One qualifications and get them coaching the younger groups."