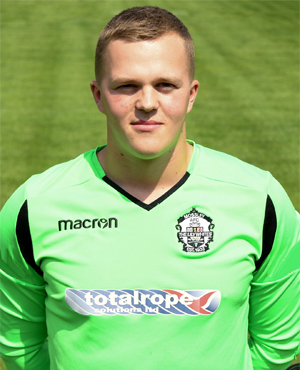 New Mills AFC have added to their goalkeeping ranks by securing the services of Dylan Forth from Mossley AFC.

The 23-year-old joined the Lilywhites in the summer, having spent last season at Runcorn Linnets.

He played in their first six games of the campaign, keeping two clean sheets - in a goalless draw at Ossett United on the opening day and 5-0 win over Kendal Town, both in August.

Forth also has a wealth of experience despite his age, having also spent spells at Chester FC, FC United of Manchester, Hyde United, Stockport Town and Northwich Victoria.

New Mills said in a statement: "Everyone at the club welcomes Dylan to Church Lane."

Forth is the second player from Mossley that Millers joint-managers Mike Norton and Dave Birch have recruited, joining midfielder Cheikh Thiam who arrived on a dual registration deal last week.

Mossley also brought in goalkeeper Theo Roberts from Chester on an initial one-month loan this week, and he made his debut in their Manchester Premier Cup tie against Abbey Hey at Seel Park on Tuesday night.

Forth - who is set to challenge Alex Fowell for the number-one jersey - could make his debut for the Millers in their Derbyshire Senior Cup tie against Graham St Prims tonight (Wednesday).

New Mills have included Sam Watson and Ethan Carter, who are both part of their Under-21s team, in their travelling party and they could both make their first-team debuts.